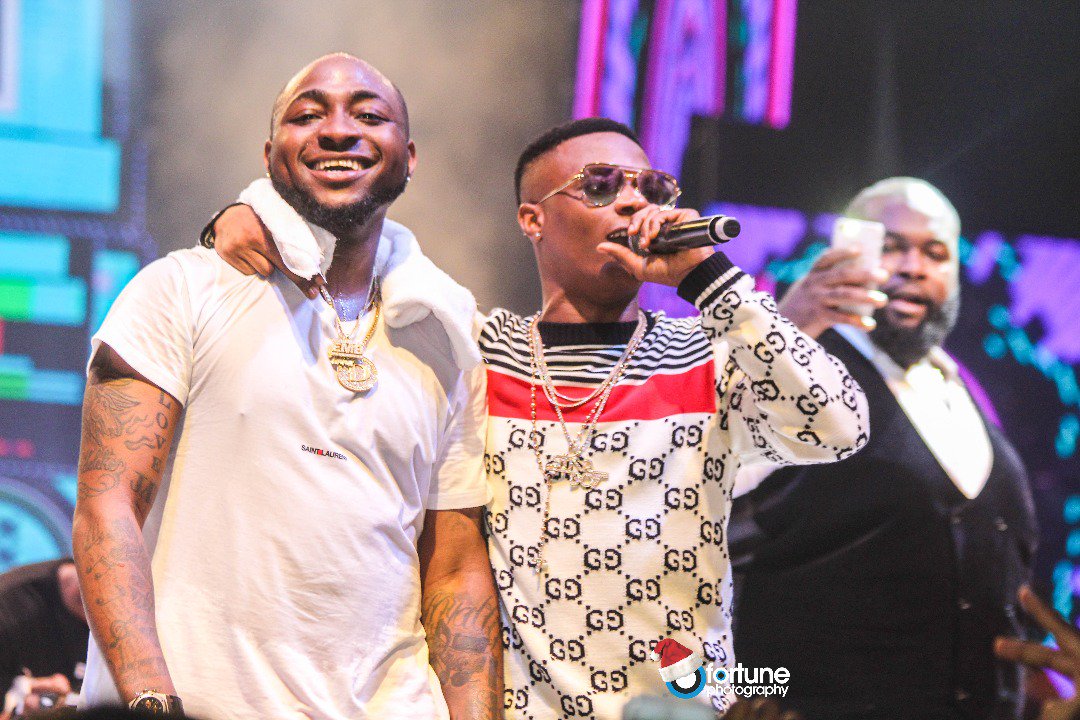 On Sunday night, Davido and Burna Boy rekindled their rivalry as they reportedly engaged in a brawl at Twist nightclub in Accra right under Wizkid’s nose.

The “No Stress” hitmaker demonstrated the ultimate ‘minding my business’ mood while his fellow musicians were flexing their muscles.

Though the incident wasn’t captured on camera, Davido was filmed storming out of the nightclub after they were separated.

It all began when they both decided to release their latest albums the same month and some song writing credit issues between Burna Boy and Davido’s signee Peruzzi.

Nigerian music executive Paul O called Burna Boy, Davido and Wizkid to order in an Instagram post after the incident.

He called them his sons and described them as ‘afrobeats heroes’, adding that they should use their ‘super powers’ to ‘unlock greatness, set an example and lead the way’.

He wrote: “Dear Sons, African Giant, Baddest OBO, and biggest Star Boy. I love you guys, You all have made monumental strides to advance African culture around the world. Your music has helped to change the face of Afrobeats and turned it into one of the most popular music genres today. You all have worked so so so hard to achieve this status and we are proud of what you have contributed to music, as talented musicians, and most importantly as African men.

This year has taught us all valuable lessons about life, love, friendship, work and passion. Let’s not forget the reason we all started.

2020 showed us pepper, but with love, determination and togetherness we are here today reflecting. Let it serve as a reminder of how temporary life is, how much more there is to achieve and how far you all have come.

Music unites people, heals the soul and makes us dance. We have you to thank for the endless vibes you have given us.

Please Afrobeat hero’s , you all have super powers , use them to unlock greatness, set an example , lead the way… Let’s think about Our family our love ones for a minute… if something goes Wrong???”