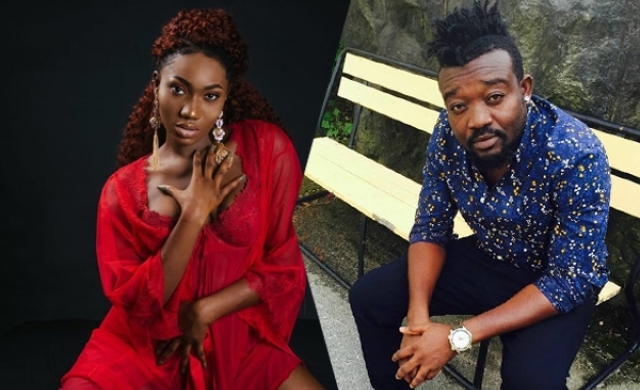 There has been endless speculation that the ‘Uber Driver’ hitmaker is in a sexual relationship with her manager, Bullet, CEO of RuffTown Records.

However, Mzbel who is an industry person has said that the relationship between Bullet and his artiste Wendy Shay is only a professional one.

“What I feel is that Wendy Shay and Bullet are not in any sexual relationship, but you see, any time Bullet wants to promote any Wendy Shay song, he comes up with all these drama and controversial stunts that suggest that he has been caught sleeping with her, so that has stuck in peoples heads, otherwise I don’t think there is anything like that between them”, she told McBrown, host of United Showbiz on UTV.

According to Mzbel, Bullet has many women he is seeing, and aside that he is too serious a businessman to be sleeping with his own artiste.

“I know Bullet is involved with other women whom he has kids, and I know him to be a very serious businessman who will not take his own artiste and sleep with her, but all the controversies they have created has caused people to think that there is something there. I don’t think there is any sexual relationship between Bullet and Wendy Shay “, she concluded.

It would be recalled that Wendy Shay even walked out of an interview with Nana Romeo when he insisted against the artiste’s will, that he knew that she was sleeping with her manager.

It is on this background that Mzbel has come out to defend Wendy Shay claiing that she doesn’t believe there is any romantic relationship going on between the two of them.

Rather, she explained it is the controversies they create when they are about to release a song that has stuck in the minds of Ghanaians.