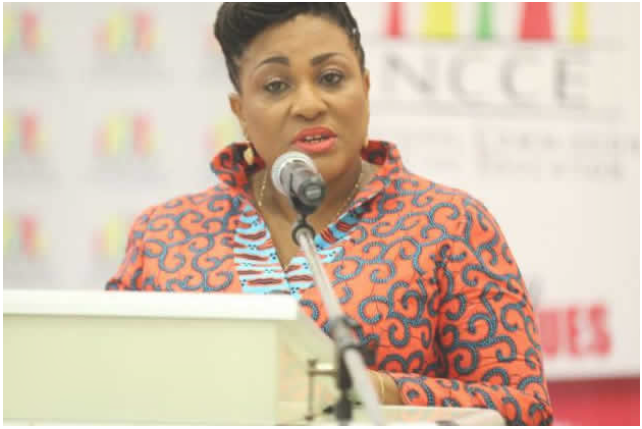 This was disclosed by the Chairperson of the Commission, Josephine Nkrumah, in a Citi News interview.

According to her, the commission is concerned about the disturbing trend, hence the need to investigate the cause and put in place mitigating measures in future elections.

“So the Commission is worried about that and we will be further research into what went on,” she added.

The efficiency of the NCCE has been called to question after figures from the 2020 polls show that 313,397 ballots were rejected by the Electoral Commission, representing 2.333 percent of the total ballots cast.

READ ALSO: I love him the way he is – Tall bride tells critics who say groom is too short

He garnered a total of 105,565 votes, representing 0.805 percent of the valid ballots cast in the just-ended presidential election.

The year 1992 saw the highest rejected ballots in the fourth republic with 149,813 representing 3.6 percent of the ballots cast.