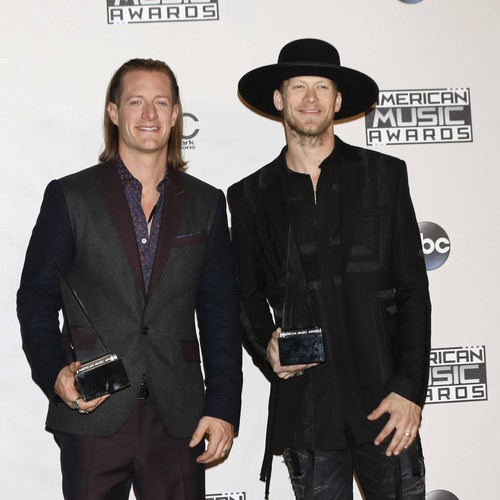 Tyler Hubbard has once again slammed rumours he and Florida Georgia Line bandmate Brian Kelley are splitting up, insisting they are a “package deal”.

Reports of trouble within the group began after Democrat Hubbard unfollowed Republican Brian Kelley for a few days around the U.S. presidential election last year, which were furthered as the duo pulled out of an appearance at the Country Music Academy Awards due to a COVID-related health scare.

The two stories combined to prompt fans and critics alike to suggest FGL were done, but both Hubbard and Kelley have denied that – revealing they are planning to use 2021 as the year they’ll explore solo projects.

And, in a new interview with Entertainment Tonight, Hubbard insisted he’s still on the best of terms with Kelley – and doesn’t foresee a band break-up anytime soon.

“We’ve stayed in really good communication about it (solo projects) and we both feel a lot of freedom, a lot of creative juices flowing, a lot of inspiration, and so it’s fun,” Hubbard said.

“We’ve always been a package deal,” he continued, explaining: “We’ve always done every single thing together, so it really does feel good to say, ‘BK, go make your solo project and go have fun with it, and I’ll go write songs and see what collaborations happen and we’ll just have our own voice and make our own mark for a little while,’ and then in the meantime, still releasing our fifth album in February, and, you know, continuing the tour.”

He added: “So, you know, we’re still gonna be doing a lot together and playing for the fans and singing the hits, but it’s been fun to venture out and have a little bit of individuality as we go.”