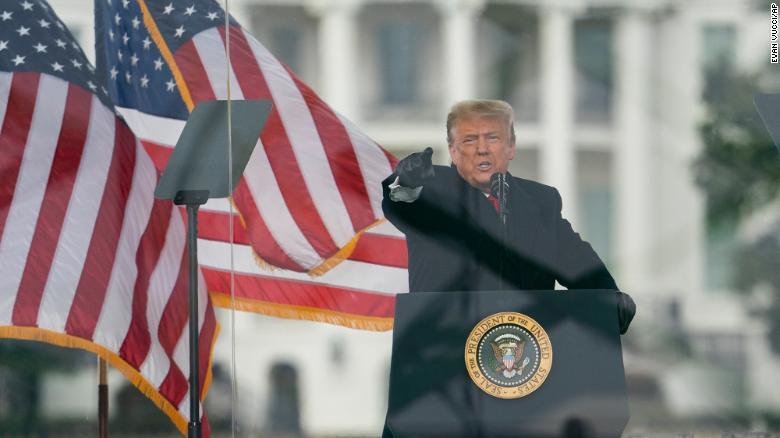 Election officials in Georgia are working overtime to debunk false claims by President Donald Trump and his allies that the Senate runoff results are untrustworthy.

The most visible pushback has come from Gabriel Sterling, a Republican who is a top state official overseeing the ballot counting. On Wednesday, Sterling rejected Trump’s claim that officials “just happened to find 50,000 ballots late last night.”

“No Mr. President, there weren’t ‘found’ ballots,” Sterling tweeted. “We have known the number of advanced votes since this weekend. We saw record Election Day turnout. As of Monday 970,000 absentees had been accepted. 31k more were added in yesterday’s totals. That leaves 60k that came in yesterday.”

For Trump, baseless claims of “found” ballots — and the insinuation that they are unfairly responsible for giving Democrats an edge on Election Night — has been a persistent theme stretching back to the November presidential elections. But Trump’s logic depends on either a fundamental misunderstanding of how elections work, or a cynical exploitation of the ballot counting process to generate the false impression that something is being stolen from its rightful owner.

The reality is this: There may be “leads” on Election Night and those “leads” may shift back and forth, but they are a result of how we count votes — but the ballots are already in or on their way in and there is already a winner and a loser, even if we don’t know who it is yet.

Over the course of Tuesday evening, Trump tweeted and retweeted several complaints about the ballot counting in Georgia.

“Just happened to have found another 4000 ballots from Fulton County. Here we go!” Trump tweeted. He also shared a tweet by White House press secretary Kayleigh McEnany that falsely implied that “Democrat Chatham County” had halted its vote count for nefarious reasons, as if county officials were afraid to keep counting for fear of having to add Republican votes.

Sterling pushed back on those claims. “Chatham County didn’t just stop,” he tweeted. Instead, Sterling explained, what happened was that Chatham County ran out of ballots to count and were waiting for more to come in. “They completed the counting of everything they have in. That includes Election Day, Advanced, & all of the absentees they had in. The last left will be the absentee by mail that came in today.”

By transparently explaining the process over the course of the evening, Sterling revealed the logical fallacy at the heart of Trump’s objections. “Found” ballots are not a thing, but it is the case that ballots come in and are counted in batches — which, if you are watching the returns live, can lead to big swings in which candidate appears to be “ahead.”

This is how what may appear to be a healthy Republican lead at 8 p.m. can transform into a Democratic victory closer to midnight. It is only when the vote count nears completion that the true result becomes clear.

Watching results come in can be a thrill. It’s democracy in action! But don’t let it fool you: The winners were decided the moment the polls closed. Nobody is ahead or behind, except in the drama as it unfolds in real time.

Case in point: Weeks after Joe Biden was projected as the winner of the presidential race, his margin of victory has continued to grow — by millions of votes. It was never a close outcome.