‘Trust yourselves’, Guardiola tells Man City to see off PSG 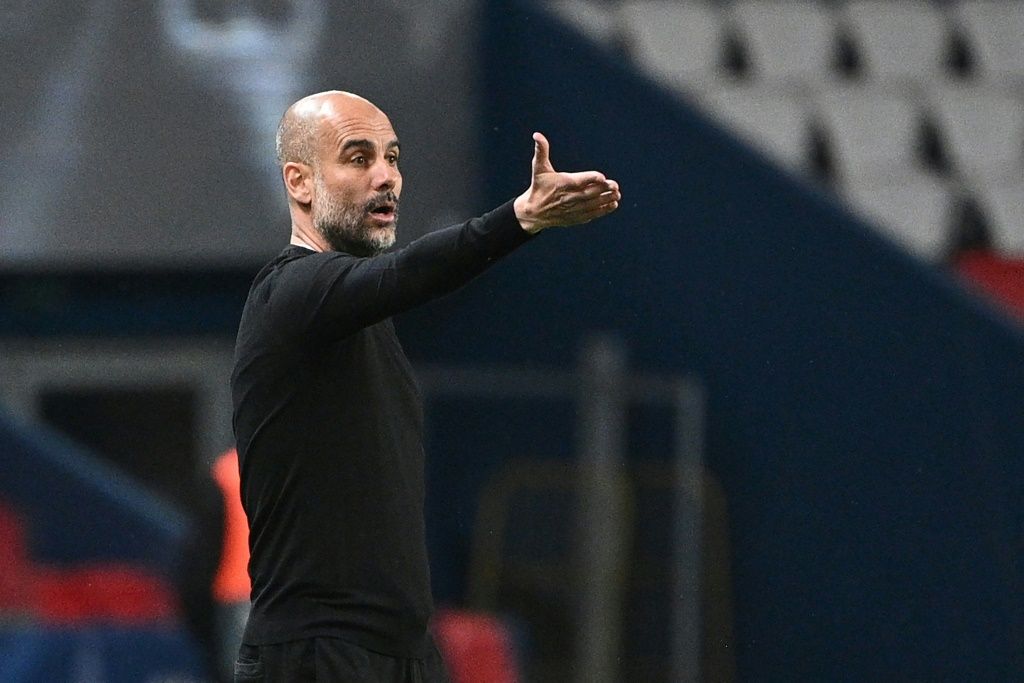 Guardiola’s men came from behind to beat the French champions 2-1 in the Parc des Princes on Wednesday to take a vital lead back to the Etihad Stadium on May 4.

City reached the last four for the first time in five years under Guardiola by also bouncing back from conceding an early goal in their quarter-final, second leg against Borussia Dortmund to win 2-1 in Germany.

City were much improved after half-time, but had luck on their side to level when Kevin De Bruyne’s cross found the bottom corner before Riyad Mahrez’s free-kick completed the comeback.

“In Dortmund we conceded a goal and came back and today the same,” said Guardiola. “Only what I want is to be ourselves in the second game.

“We are good playing in a certain way, we cannot do it another way. Hopefully we can find the right words, the right decisions to do it.”

City showed a new found maturity on the European stage to weather an early storm from Mauricio Pochettino’s men and go in only 1-0 down at the break.

But Guardiola put a slow start down to nerves in a first Champions League semi-final for many of his players.

“At 1-0 they were good, we could not press well. We didn’t have the good possession in the right positions but that sometimes is normal.

“This club does not have much experience in this stage of the competition, but I think it will help us to realise that we are ourselves or anything can happen. I think the second half we were, we were incredibly aggressive and played really good.”

All eyes were on De Bruyne when City were awarded a free-kick in a dangerous position with 19 minutes to go, but the Belgian’s decision to step aside for Mahrez to fire in the winner proved an inspired choice.

“I said ‘if you believe in yourself, take it’,” said De Bruyne. “I have full confidence in my team and you know he scored the goal, so who am I to say something about that?”

City’s dominance of possession after half-time and a fine defensive performance from Ruben Dias and John Stones managed to keep PSG’s star duo of Neymar and Kylian Mbappe quiet.

But De Bruyne warned the job is only half done.

“We know there are going to be moments in the game where we suffer,” added the City captain.

“The quality in this stage (of the competition), we know how good they are so you have to set your mind on that. Run hard, work hard for the team and we know we also have quality to play against them.”