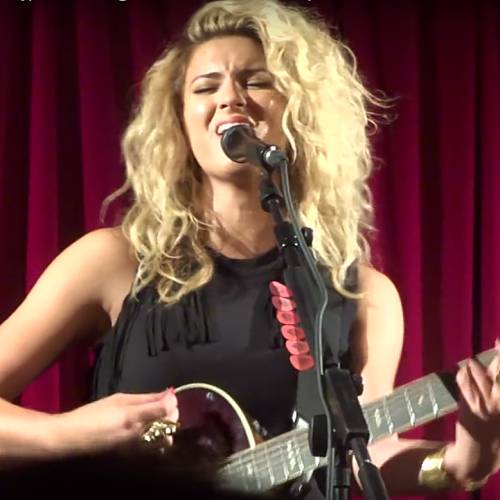 The 27-year-old singer is “discovering” a lot of British artists after previously working with Professor Green on ‘Lullaby’ and top of her list for a collaboration would be the ‘Vossi Bop’ hitmaker.

“I’ve known of Stormzy for a while, that would be cool, but other than that I am just being a student. I just love it.
“Working with Professor Green really opened my eyes to it, he was great and so much fun to work with.”

Tori previously revealed Ariana Grande and Demi Lovato had joked with her about doing a collaboration after a video of them doing karaoke together went viral earlier this year, and she thinks it would be “awesome” of they made it happen.

She said: “I love both of those girls, we kind of joke about it a little bit.

Meanwhile, Tori has said she’d also love to get back into the studio with Ed Sheeran – who co-wrote and featured on her 2015 track ‘I Was Made For Loving You’ – as she praised him for being “the most real guy in the music industry”.
She said: “Yeah, I would love to work to him again.

“He is one of the coolest and most real people that I’ve met in the music industry.

“Whenever I am with him, I forget that he’s about to walk out on stage and perform in front of millions of people.
“He makes you forget.

“It’s really refreshing to see the fame and everything that comes with it hasn’t changed him.

“I would be down to work with him again.”