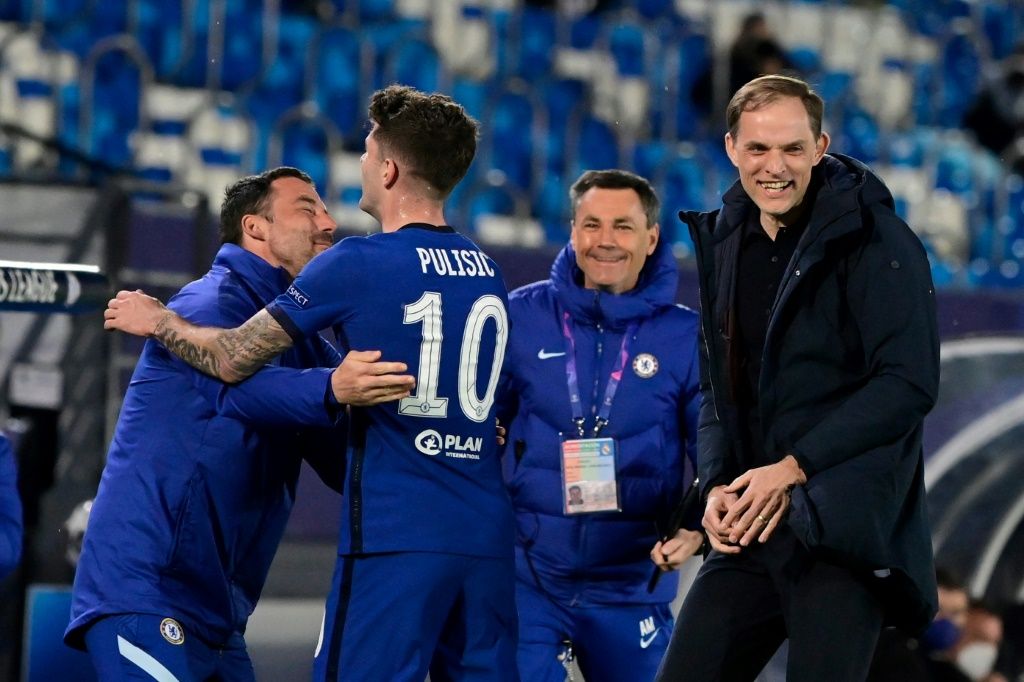 Christian Pulisic rewarded a bright start from the visitors with a calm finish on 14 minutes.

Madrid’s starting XI have a combined 31 Champions League winner’s medals, eight of whom made up the core of the side that won the competition three seasons in a row between 2016 and 2018.

However, that experience counted for little against Chelsea’s younger and fresher legs.

Pulisic, Timo Werner and Mason Mount stretched Real’s back three, while N’Golo Kante and Jorginho did not allow Casemiro, Toni Kroos and Luka Modric to control midfield as they did in the previous round against Liverpool.

But Chelsea will be confident of reaching just their third ever Champions League final.

After scoring just his third goal in 37 games for club and country against West Ham on Saturday, Chelsea boss Thomas Tuchel kept faith with Werner up front.

But the German international showed the lack of confidence in front of goal that has characterised his first season with the Blues since a £50 million ($69 million) move from RB Leipzig.

Werner passed up a glorious chance to open the scoring in a dominant Chelsea start as he fired into the legs of Thibaut Courtois from point-blank range.

Madrid, on the other hand, were kept in the tie by their number nine on another night of Champions League history for Benzema.

The Frenchman moved level with Real legend Raul on 71 Champions League goals to become the joint fourth highest scorer in the competition’s history.

Benzema gave Chelsea a warning shot with a thunderous effort that came back off the post.

His goal was also barely a half-chance as he cushioned the ball on his head before blasting past the helpless Edouard Mendy to prevent Chelsea registering a 17th clean sheet in 22 games under Tuchel.

Both clubs were among the ‘dirty dozen’ that signed up to form a breakaway European Super League (ESL) last week, but their reactions since have contrasted sharply.

Chelsea’s intent to withdraw a week ago started a domino effect as all six English clubs involved pulled out within 48 hours of the plans being released.

Meanwhile, Madrid president Florentino Perez has defiantly insisted the project remains alive, with only Barcelona as an unlikely ally.

Central to Perez’s craving for change is that Madrid are no longer the biggest spenders in the transfer market.

Faced with the state-backed Middle Eastern wealth of Manchester City and Paris Saint-Germain, who face off in the other semi-final on Wednesday, or the millions invested by Chelsea’s Russian oligarch owner Roman Abramovich, Madrid are struggling to compete.

The £220 million spent by Chelsea last summer showed in the respective strength of both benches.

Tuchel was able to introduce Hakim Ziyech, Kai Havertz and Reece James with 25 minutes to go to give his side a fresh impetus.

Hazard’s time in Madrid, though, has been decimated by injuries and he made barely any impact against his former club as a second-half substitute.