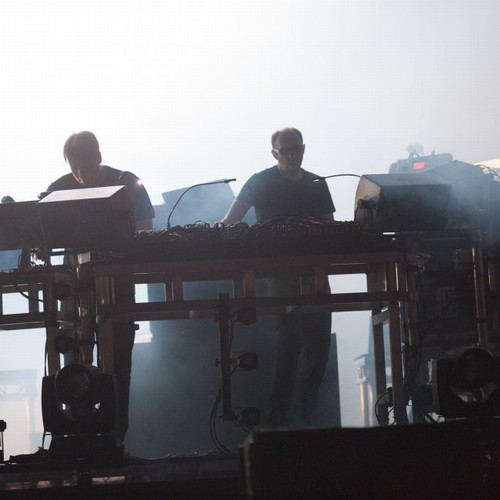 The Chemical Brothers cancelled their Cork concert due to COVID-19 cases within the band and crew, two days before their Glastonbury set.

The iconic electronic duo – comprising Tom Rowlands and Ed Simons – have postponed their show at Musgrave Park in Cork, Ireland on Thursday night (23.06.22) until 2023 as a precaution after positive tests for the virus within their camp.

A social media statement read: “The Chemical Brothers are sorry to announce they have had to reschedule their show at Musgrave Park, Cork, Ireland on Thursday June 23rd, 2022, due to Covid in band and crew. The show will be rescheduled to 2023. A further announcement on rescheduled date will be made in due course.”

The ‘Galvanize’ hitmakers haven’t said if they will still be playing Glastonbury on Friday (24.06.22).

The pair are due to play underneath the Arcadia spider at the Worthy Farm extravaganza in Somerset, England from 11pm.

The ‘Hey Boy Hey Girl’ hitmakers had a “religious experience” when they saw Orbital perform at the festival in 1994, and after being booked for their 12th appearance in 2019, they insisted they enjoy the gig just as much as they did the first time round.

Ed said: “We both had a religious experience [seeing Orbital]. I still get tingly when I think about it. We wanted to do that.

“It’s still to be the most exciting concert you can play.”

The pair broke records in 2000 by performing in front of what was believed to be the largest crowd in the festival’s history but can barely remember the show, so try now to take in the moments much more.

Tom said: “Early on you think everything’s going to last forever, whereas now you think, realistically, how many more times are we going to get to do this amazing thing? You become more aware of it.”

The pair have a busy summer ahead and will headline London’s All Points East in August.