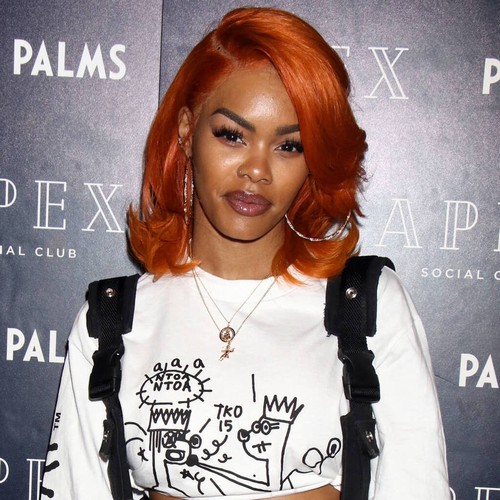 Newly-retired R&B star Teyana Taylor has unveiled her own production studio to nurture the work of fellow artists.

The Lose Each Other hitmaker, who decided to call it quits as a singer last month following her lack of Grammys recognition, has been building up her resume as a music video director in recent years, and now she wants to further develop her skills behind the camera via her all-female company, called The Aunties, co-founded with her friend Courtney Gilbert.

Through the firm, the pair has launched a new creative compound, named Aunties 360.

Sharing the news in a New Year’s post on Instagram, which was tagged with the location as Atlanta, Georgia, Teyana declared: “We, The Aunties are proud to announce, Aunties 360, a 5 acre lot that includes production, dance, recording, prop studios, equipment and 360 green screen rooms for creatives!”

She explained: “The Aunties is more than just a sisterhood, but we nurture artist like ourselves, artist that visualize the unseen, touch the untouchable, and try what most would consider unthinkable.”

Teyana also noted that The Aunties “represent opportunity, for the best of the best had an opportunity to start” and concluded by wishing her followers a happy new year.

Teyana, who is married to basketball star Iman Shumpert, was applauded by pals including actress Taraji P. Henson, who commented: “So proud of you!!!!”, while Gabrielle Union echoed the same sentiment, adding: “This is HUGE!!!! So proud of you!!!”