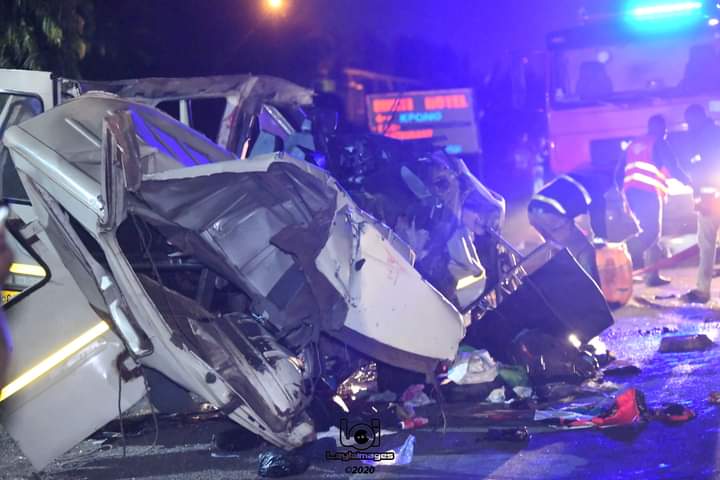 Seven passengers died on the spot while the rest sustained various degrees of injuries.

The incident occurred on the new year’s eve.

READ MORE: 5 accident stories in 2020 that should make road safety a priority

Personnel of the Ghana National Fire Service and Police rushed to the scene to extricate the victims to the St. Martin de Porres Hospital, Agormanya.

Simon Kweku Tetteh, the Municipal Chief Executive (MCE) for Lower Manya Krobo who was at the scene described the accident as unfortunate. He promised to provide medical care to the victims whose families are yet to be known.