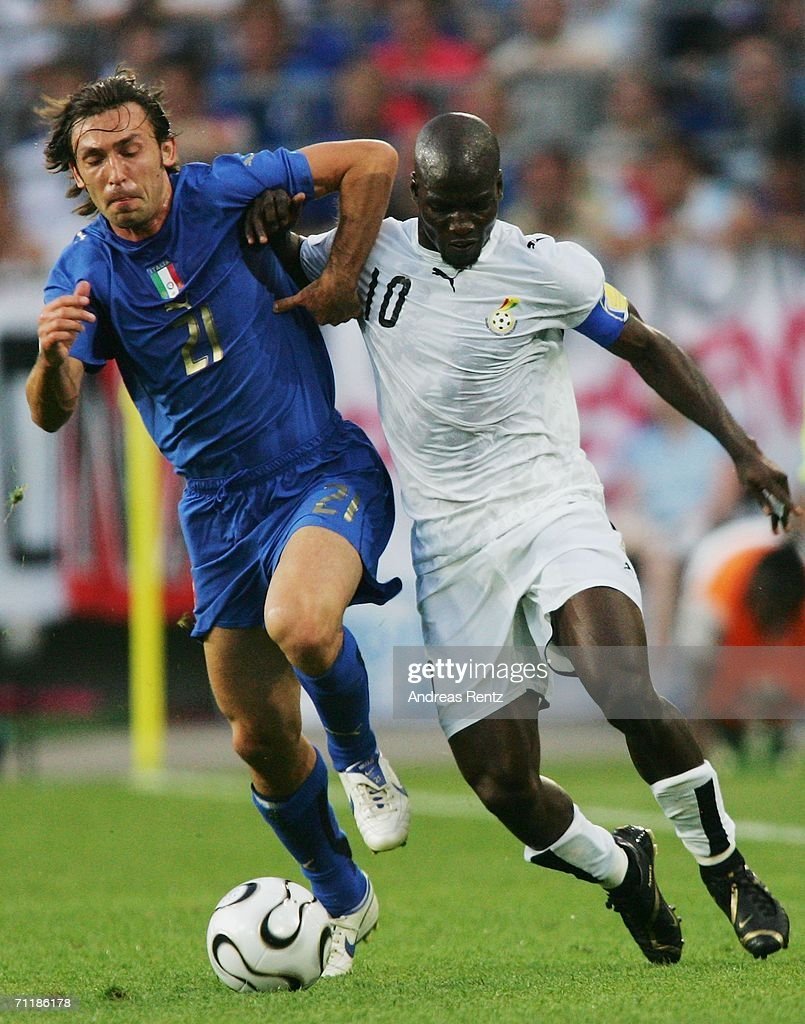 Andre Pirlo had an illustrious career, playing for Inter Milan, AC Milan, Juventus, etc: during the period he won the UEFA Champions League with Milan giants in 2003 and 2007.

The Italian World Cup winner has returned to the club where he spent the latter part of his career and helped them to reach the final of the UEFA Champions League in 2015 but lost to Barcelona.

Stephen Appiah who played for Juventus and Ghana against Andre Pirlo has thrown his weight behind the deep-lying playmaker to succeed at his former side.

“I’m following some of his matches. In my opinion, he is doing a good job: he has really top players at his disposal,” he told TuttoJuve.com.

“Do I have to tell the truth? No. When they gave him this role I immediately thought he might have some difficulties.

“On the pitch, I remember him as an elegant, correct, calm, and calm opponent: he never lost control. think again: I saw that, when needed, he makes himself heard!.”

Juventus are currently third on the serie A table, four points behind leaders AC Milan.

Pirlo began his club career in 1995 as an attacking midfielder with hometown club Brescia, winning the Serie B title in 1997. He signed for Serie A club Inter Milan a year later, but limited game time and loans away from the club saw him sold to cross-city rivals Milan in 2001.

He departed Milan for Juventus in 2011, where he won four consecutive Serie A titles, as well as two Supercoppa Italiana titles, and another Coppa Italia.

In 2015, Pirlo joined Major League Soccer (MLS) club New York City, with whom he played for two years before retiring in 2017.