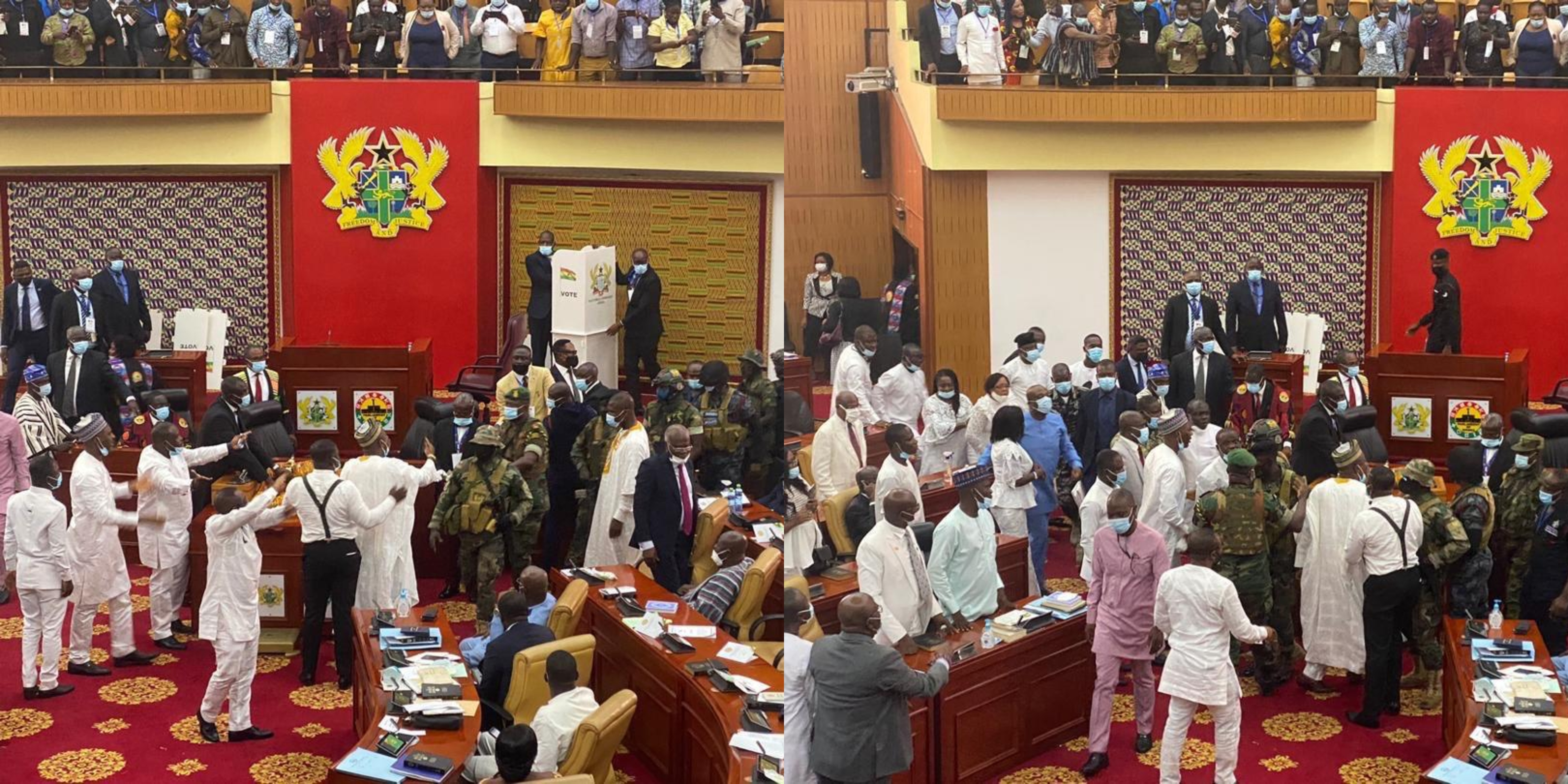 The controversial MP described by may as a firebrand of the New Patriotic Party is always loud and gets uncontrollable when he sits on radio and TV especially those owned by him, but when the legislature was virtually on fire, he was playing the role of a ‘peace officer’.

It is unclear whether Mr. Agyapong genuinely thought cool heads needed to prevail or the agitation put up by the NDC caucus was simply too overwhelming.

The MPs-elect were having difficulty in arriving at a compromise on the voting process to elect a speaker who would then swear them in to constitute the 8th parliament.

The NDC caucus was not pleased with the rules of the voting as they claimed its secrecy was likely to be compromised.

Both NDC and the NPP sides of the house had nominated candidates for the speakership and the clerk as per the standing orders called for secret balloting to determine the winner.

This was after a heated long argument over whether the MP-elect for Assin-North, James Gyakye Quayson should be allowed to take part in the proceedings or not due to a court injunction against his election.

While the NDC side was the first to nominate ex-member and second deputy speaker of the 7th parliament, Alban Sumana Bagbin, the NPP side nominated the house’s immediate past speaker, professor Aaron Mike Oquaye for re-election for the speakership.

The stakes in the speakership are so high because both caucuses have 137 seats each according to the results gazetted by the electoral commission as well as one independent MP-elect for Fomena.

The process was hostile with the lawmakers-elect seen in near-fisticuff confrontations over the voting process and the secrecy of the ballots. Ballot boxes were snatched and kicked about by agitating members of the NDC side of the house.

Tension in the legislative house was so high that after four hours, no consensus could be reached on the voting modalities to protect its secrecy and the clerk had to move out till calm was restored.

The election of the speaker and the rest of the processes to constitute the 8th parliament was to precede the inauguration of the president-elect of the country, Nana Addo Danquah Akufo-Addo in the morning of January 7, 2021.

Dignitaries and heads of state from other African countries had arrived in the country the previous day with others expected to arrive in the morning of the swearing-in of the president-elect.