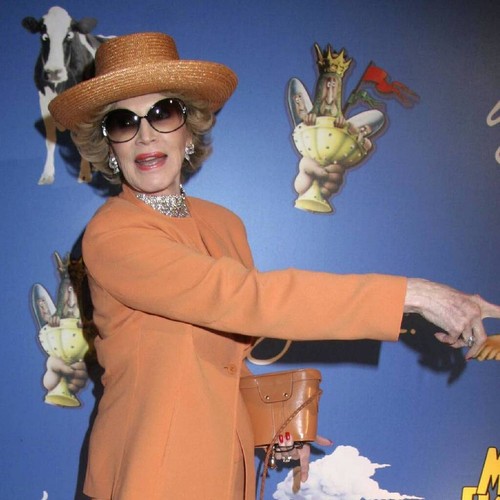 The last surviving member of the singing siblings The McGuire Sisters has died.

Phyllis McGuire passed away on Tuesday at her often-showcased estate in Las Vegas, where she boasted her own replica of the Eiffel Tower. She was 89 years of age.

Phyllis rose to fame in the 1950s alongside her big sisters Ruby Christine and Dorothy, after scoring their big break on a talent show.

They landed a record deal in 1952 and enjoyed hits with the songs Sincerely and Sugartime as well as Picnic, Goodnite, Sweetheart, Goodnite, and Something’s Gotta Give.

The Ohio natives were regulars on America’s The Ed Sullivan Show, on which they made their final performance in 1968, while they were also given the honour of hitting the stage for five U.S. presidents, from Richard Nixon to George H. W. Bush, and for British royal Queen Elizabeth II in 1961, when they were part of the line-up for the annual Royal Variety Performance.

After the group’s split, Phyllis embarked on a brief solo career, until the sisters reunited for a time in 1986.