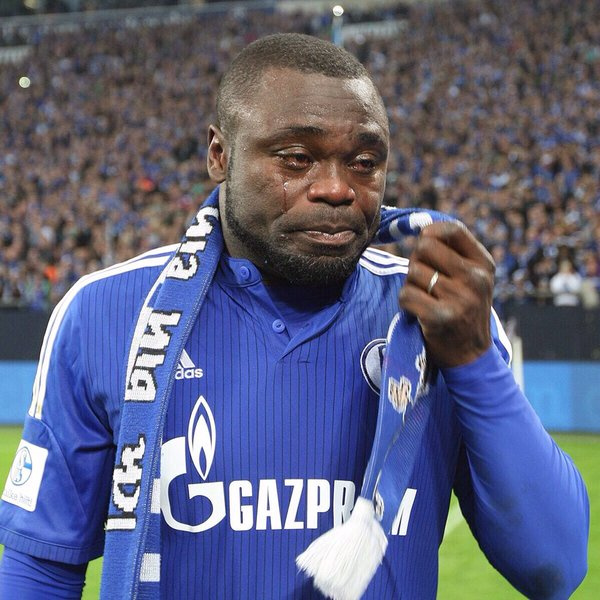 The Royal Blues have so far endured an underwhelming season, which has culminated in just two wins in the league.

With just 13 points this season, Schalke are on track for the second-worst season in Bundesliga history – only bested by a 1965-66 Tasmania Berlin who managed to pick up only 10 points in a season.

Speaking in the aftermath of the team’s relegation, Asamoah, who played for the club for more than a decade before taking an administrative role after his retirement, couldn’t hold back his tears.

“I owe this club so much. If we really end up not being in the Bundesliga next year, I still cannot fathom it,” the 42-year-old said while shedding tears.

“Even if it was to be expected. It is hard, very hard… I don’t feel good and I can imagine how Schalke fans are crying in front of the TV right now.”

The former Germany international also criticised the club, suggesting they didn’t give their all during the campaign.

“We already knew what to expect. But when you realize now that it’s over, it’s brutal. I’ve been with the club for over 20 years. I would never have dreamed that it could come to this.

“If you come last and have 13 points. And one says that he gave it his all. I don’t know what to do with that … Everyone has to question themselves. It’s just tough,” he added.

Asamoah was born in Mampong in Ghana but moved to Germany at a young age, where he developed to become a professional footballer.

He went on to play for the German national team, making 43 appearances and scoring six goals.