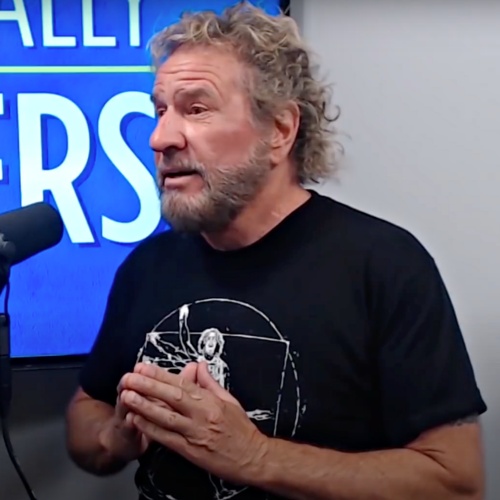 The former Van Halen bandmates fell out when guitarist Sammy left the band but in the months leading up to Eddie’s death in October following a cancer battle, they buried the hatchet.

Sammy, 73, told Variety: “Poor Eddie, broke my heart, but thank God we connected before [he died]. I heard he was in bad shape and I wanted to reach out; I finally said, ‘I’m just calling him.'”

However, tracking down Eddie, 65, proved difficult as Sammy no longer had his number.

And, eventually, it was mutual friend George Lopez who brought the pair back together.

Sammy said: “George is a dear friend and he was Eddie’s friend and he said, ‘Sammy, Eddie’s in bad shape, he loves you brother, you need to reach out.’ I said, ‘Give me his f****** number and I’ll make sure I call him.’

“I said, ‘Why don’t you respond? I’ve been reaching out’, and Ed said, ‘Why didn’t you call me? Don’t f****** call my brother, f****** call me!’ And I said, ‘I love you man,’ and it was like, boom, we were good. It was a beautiful thing.”
Sammy also confirmed that he had been in talks about joining a Van Halen reunion tour with Eddie, Alex Van Halen and David Lee Roth before Eddie’s death.

He said: “Eddie and Al and Irving Azoff, their manager [and] my dear friend, we were looking at doing the reunion tour with everybody, which is the way it had to be. I’ve been pushing for that for 10 years. I was ready to put [any differences] aside. Let’s go give the fans the biggest band in the world, you know what I mean? You don’t get bigger than Van Halen, and the fans deserve to see it all, hear every song.”