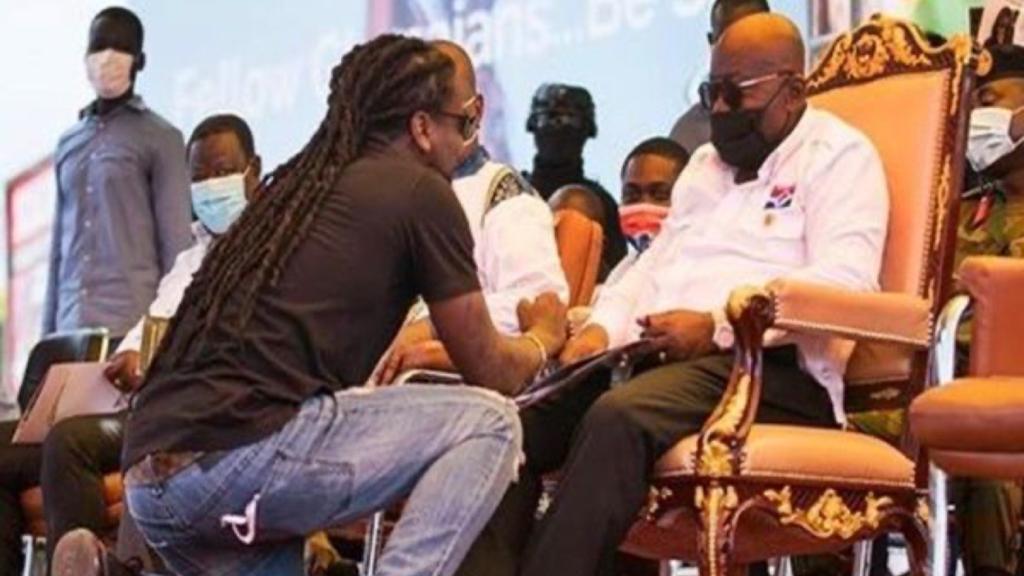 The report quoted Samini to have said: “I’m very disappointed the President promised me a Deputy Minister position in the Tourism, Arts and Culture Ministry but I didn’t know what happened at the last minute. This tribal game won’t help Ghana.”

But reacting to the news, Samini vehemently slammed the claims and labelled the reportage as fake news.

He reacted to the news via a tweet on Monday, April 26.

“Why do people do this?” he questioned with angry emoji. “Please ignore this one, guys. It’s false news.”

Samini played a vital role in Nana Akufo-Addo’s campaign during the 2020 general elections.

He dropped one of the biggest campaign songs of the 2020 elections and appeared on most platforms mounted by the then-presidential candidate, Nana Akufo-Addo.