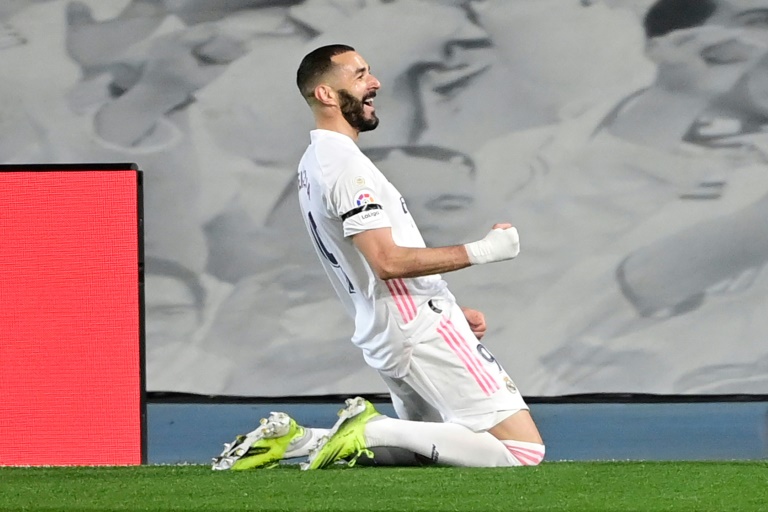 Real Madrid’s opener came after a superb counter-attack from Barcelona, Messi going down too easily on the edge of the area, with Madrid pouring forward on the break.

Fede Valverde powered through midfield and fed wide to Lucas Vazquez, whose cross was expertly flicked inside the near post by Benzema.

The goal shook Barca, who were unable to restrain the speed of Madrid and particularly Vinicius Junior on the break.

Vinicius was brought down by Ronald Araujo on the edge of the area and Kroos’ free-kick cannoned off the back off Sergino Dest and in, evading the efforts of Alba to head away on the line.

Valverde and Messi both struck the post before half-time, Valverde after another scintillating Madrid counter-attack and Messi from a corner, with Courtois beaten.

Barca coach Ronald Koeman brought Antoine Griezmann on for Dest but as the rain poured down, Madrid poured forward. Kroos and Benzema both could have scored a third and they were punished for failing to capitalise.