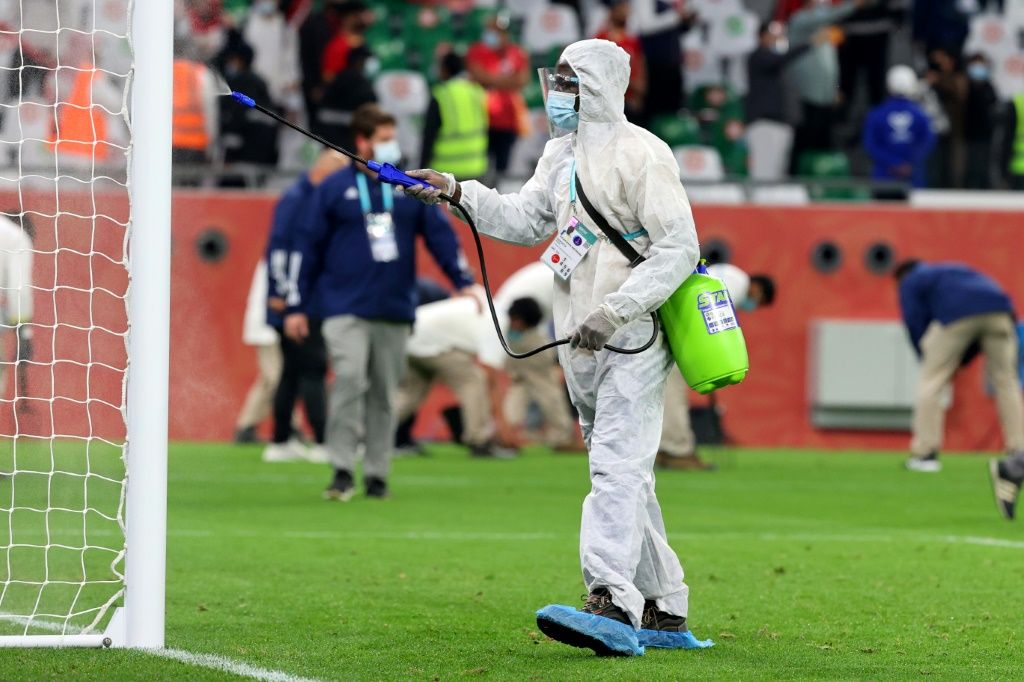 The event in an opera house in the Qatari capital Doha saw a much-reduced field of officials and regional football legends rubbing shoulders amid tight virus prevention measures.

“(It) will be a fantastic event — the first of many, the first FIFA Arab Cup… as an event to prepare for the World Cup, as an event to unite the Arab World,” said FIFA president Gianni Infantino ahead of the draw.

“Everything is almost ready.”

The tournament, which will see 23 teams vie to be Arab champions, will be staged until December 18 at six of the eight stadiums which will host games in 2022.

“(It) is a test for Qatar a year before hosting the World Cup — for the first time in the Middle East,” the official Qatar News Agency wrote.

“It will also be an opportunity to learn about the operational processes and facilities of those stadiums.”

The 14 lowest-ranked teams according to the April edition of the FIFA world rankings will participate in single-leg playoffs ahead of the tournament.

Only a handful of selected guests were flown in for the draw and were required to undergo coronavirus tests and stay in a bio-secure bubble ahead of the event.

While FIFA has insisted the World Cup will be played in full stadiums, the virus prevention measures for this year’s event have not yet been disclosed.

Qatar has suffered a whirlwind of criticism over its rights record and efforts to improve treatment of workers in recent months.

Several European clubs staged protests ahead of their qualifiers for the 2022 tournament, with the Danish football federation calling on FIFA to probe worker deaths.

The issue of worker deaths is ultra-sensitive in Qatar which disputed media reports of avoidable deaths among migrant labourers who are predominantly from South Asia.

Qatari authorities insist they have done more than any country in the region to improve worker welfare.

“In relation to Qatar, and as confirmed by the International Labour Organization (ILO) and many others, the FIFA World Cup 2022 has already now contributed significantly to the transformation of the labour rights situation there, with important legal changes being implemented by the Qatari authorities,” FIFA said in a statement.

“Since construction began in 2014, FIFA’s local partner, the Supreme Committee, has recorded three work-related fatalities on FIFA World Cup sites and 35 non-work-related deaths among its workforce.”

The numbers do not include worker fatalities on projects not directly supervised by the World Cup organisers.