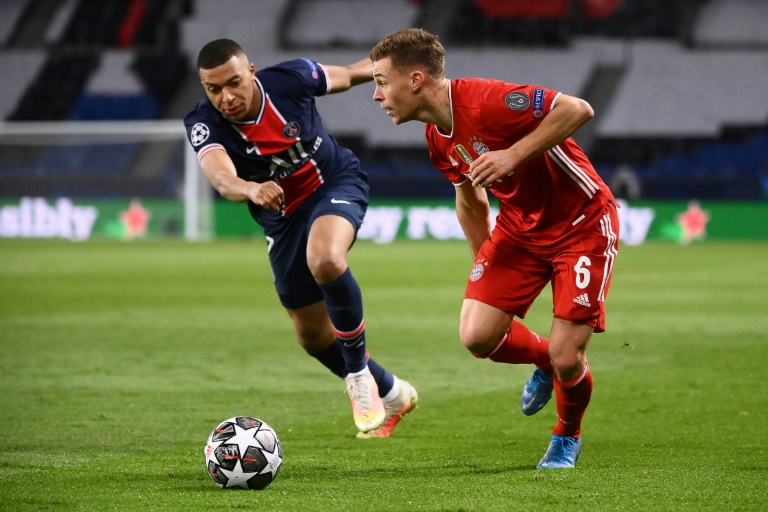 Paris Saint-Germain knocked holders Bayern Munich out of the Champions League on Tuesday despite Eric Maxim Choupo-Moting scoring against his old club as a 1-0 defeat in the second leg at the Parc des Princes could not prevent the French giants from winning a tremendous quarter-final tie on away goals.

The Parisians, to be fair, were without two huge players of their own in captain Marquinhos and playmaker Marco Verratti, but they did have Mbappe and Neymar.

The Brazilian was in the mood but was left frustrated by a combination of Manuel Neuer and the frame of the goal in the first half.

Twice the Bayern goalkeeper produced saves to deny Neymar before the world’s most expensive player hit a superb shot off the angle of bar and far post in the 37th minute after Angel Di Maria’s free-kick was cleared to him.

On 39 minutes another breakaway finished with Mbappe squaring to Neymar, who this time saw his effort strike the base of the right-hand post.

Bayern could have been dead and buried, but within a minute of that they were in front on the night.