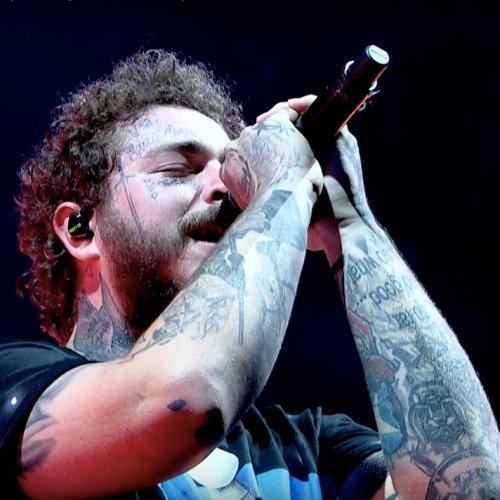 The ‘Circles’ hitmaker’s fifth collaboration with the footwear brand swiftly sold out, but pupils at Texas’ Grapevine High School were treated to a pair each personally gifted to them by the Grammy-nominated star himself.

The school’s principal, Alex Fingers, took to Twitter to thank the Grapevine alumni for the generous gift and to congratulate him on his success.

He captioned pictures of some of the kids with their new Crocs: “Thank you @PostMalone for always giving back to your community! Your fellow @Grapevine_HS Mustangs are so proud of your success!”

The 25-year-old star had already done a giveaway of 5,000 pairs of the shoes to say thank you to his fans.

“Each time Crocs and I partner, we make something better than before and I’m excited about what we came up with this time around. Drop 5 is going to be one my fans remember.”

Malone previously explained that he chose to work with Crocs because they are his staple choice of footwear wherever he goes.

He said: “If you like something, go get it. I wear Crocs everywhere from the bar to the stage and I felt it was the perfect collaboration to get together with Crocs and give the fans what they’ve been asking for.”