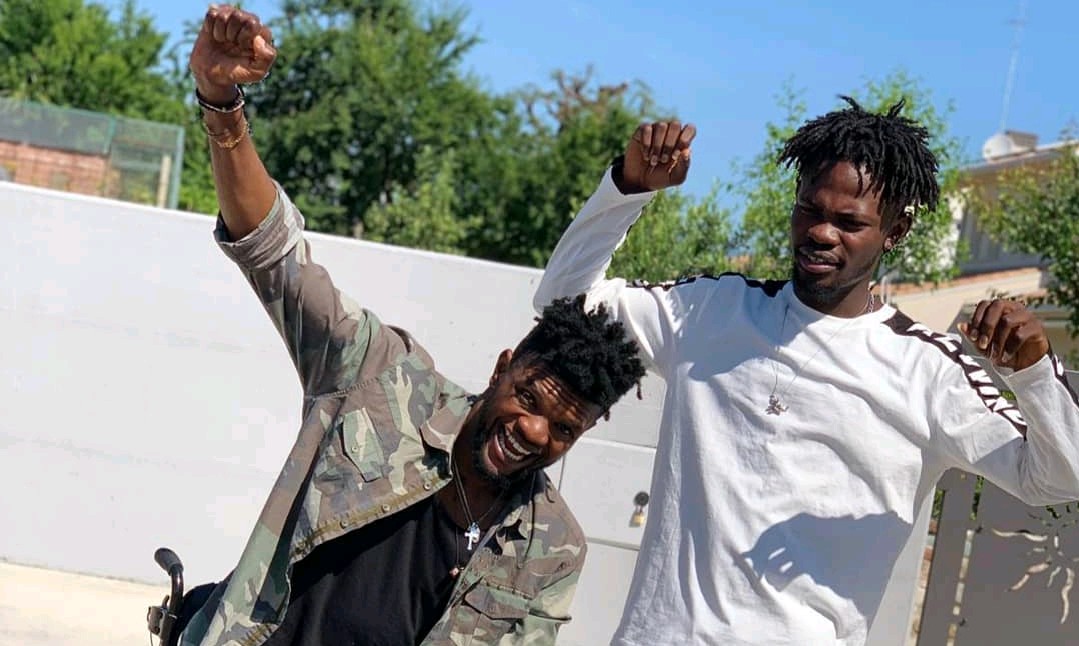 Three days ago, Ogidi Brown, owner of Fameye’s first label, OGB Music, went hard on the singer in an Instagram live video where he threatened to consult the gods to take his life over some $50,000 he invested in Fameye’s career.

“You have deceived me for years,” Ogidi Brown said in a live video he shared via his Instagram page. “Sometimes, you bring investors to lie that they would sign you and pay back my money. Then, you later blame it on coronavirus. You have been deceiving me up till now.”

He gave him two weeks ultimatum to refund his money else he will consult the gods and Atoa to resolve the matter.

“You are playing concerts now and you feel like a superstar. It’s very good. But you have two weeks ultimatum. Deities will solve our issue because you know we don’t have court issues anymore.”

Ogidi Brown – who signed his latest artiste, Dr Dryme, using eggs and schnapps like the traditionalists do – stated that he is hurt and claimed he was scammed by Fameye.

“It hurts to be scammed. $50,000 isn’t money but the manner in which you want to scam me is painful. I raised you to this level but you take all the percentage in our contract.”

He threatened to curse him and even if he dies and Ghanaians wouldn’t listen to his music, he is fine.

“I’ll evoke curses on you at Atoa tomorrow. I’d be glad if Ghanaians stop listening to my music if I curse you and you die. I swear to God. You are playing gigs and expect my investments to go waste.”

But in response, Fameye has dropped a new single which is aimed at Ogidi Brown.

In the song, which features Lord Paper, Fameye rather indirectly asked Ogidi Brown to refund his money.

Listen to the full song below.