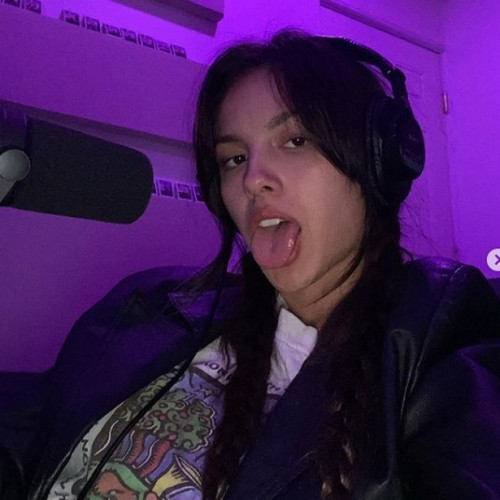 Olivia Rodrigo has been named MTV’s Push artist for May.

The ‘Driver’s License’ hitmaker has opened up about her songwriting success after claiming the title for this month.

The 18-year-old pop phenomenon revealed that she actually finds it helpful to force herself to write tunes.

She told MTV: “I really think that more or less forcing yourself to write a song sometimes is really beneficial.

“I think you can’t rely on those lightning bolts of ideas to strike you all the time.”

And she never imagined that it would result in record-breaking success like she had with ‘Driver’s License’, which became the UK’s longest-running number one debut single since Gnarls Barkley’s 2006 hit ‘Crazy’, while also consistently topping the charts in the US and elsewhere.

She added: “I don’t think anybody goes into [making] a song with expectation like that.

“I just hope that people see bits of themselves in my songwriting, hopefully, or sort of become engrossed in the stories I’m telling because those are my favourite songs to listen to.”

The ‘Deja Vu’ singer is set to release her debut studio album, ‘Sour’, on May 21.

Meanwhile, Olivia struggled when she shot to fame aged 14 and she was worried about who she was, if anyone cares about her or how she should treat people.

Speaking about her time on ‘Bizaardvark’, she said recently: “It’s a multicamera sitcom, so literally every set is within a yard of each other. You just walk to the different sets.

“I had an identity crisis on steroids … Who the f*** am I? Who cares about me? How do I treat people? Most 14-year-olds aren’t in a room with adults being like, ‘So, what’s your brand?'”