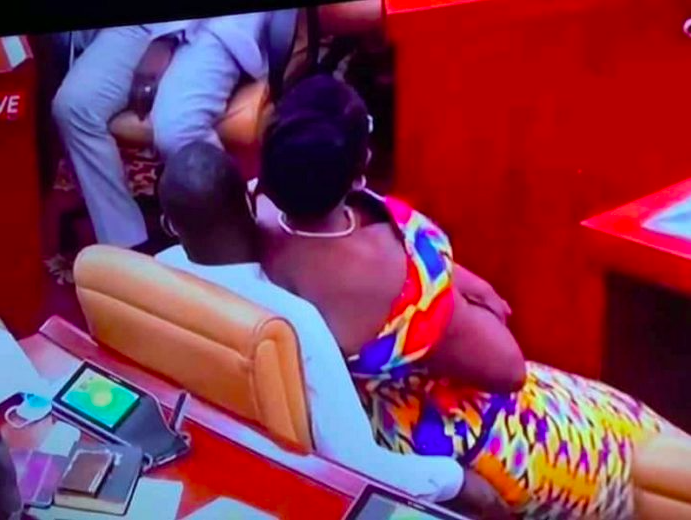 According to the Member of Parliament (MP) for Juaboso, his wife was angered by the abuse of him by the NPP MP.

In an interview on Accra-based Peace FM, Mr. Akandoh said contrary to public opinion that he had fun while Ursula sat on him, he opined he felt harassed.

“I am sure Hon. Ursula Owusu was rather enjoying me whilst she sat on my lap since I wasn’t feeling anything for her,” he said jokingly.

“My wife has threatened to sue her for sexual harassment,” he noted.

There was total chaos and disorder on the floor of Parliament during the election of the Speaker for the 8th Parliament.

One of the highlights on the day was when Ablekuma West MP, Ursula Owusu-Ekuful was seen sitting on the lap of Mr. Akandoh.

She claims the Juaboso MP had taken her seat in the House.