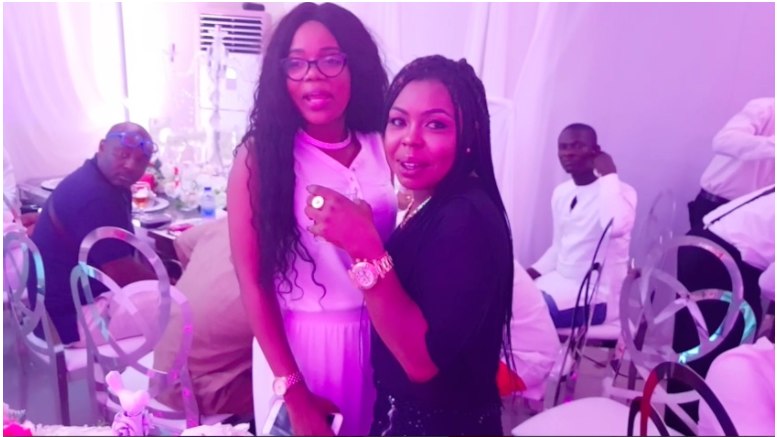 This week has been rough between the two after Mzbel made a guest appearance on Nana Ama McBrown’s “United Showbiz” programme on UTV over the weekend.

On the show, Mzbel revealed that she summoned her former friend, Afia Schwarzenegger, to Naae We – a popular traditional chief priest in James Town, Accra – to evoke curses on Afia.

But Afia Schwarzenegger fired back in a new video she posted today, accusing her of bad parenting, lying to former President Mahama, and on top of all, sleeping with her former boss at TV Africa.

According to Afia Schwarzenegger, Mzbel slept with her former boss as well as he ex-boyfriend but she forgave her.

“Ghanaians won’t believe you if you don’t live a fake lifestyle. If not, an animal and a goat like Mzbel won’t lie about me,” Afia said in a video which is now deleted from her Instagram page.

“I forgave you [Mzbel] when she slept with my boyfriend. You picked your phone and lied to John Mahama about me. Have you forgotten that you texted my secrets to Naae We when you visited him? You consulted Naae We on behalf of John Mahama,” she revealed.

“You used to serve John Bill alcoholic beverages when you visited me, to the extent that my children asked you not to bring him to my house again. Ghanaians should go to Achimota School to ask of John Bill. You destroyed someone’s child and yet played victim. You recorded Tracey Boakye and played victim. So, you think you can kill me?”

She then dropped bombshell about Mzbel’s sexual affair with Afia’s former boss at TV Africa (it’s unclear who the boss is).

“When I took you to TV Africa, you slept with my boss… You will die if you don’t repent.”