My wife should be complaining, not Ursula Owusu’s husband – Mintah Akandoh [ARTICLE] 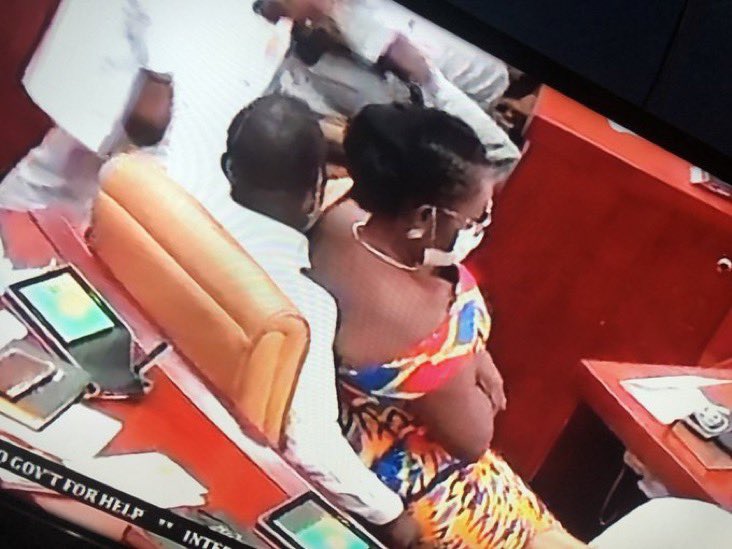 According to him, his wife should rather be complaining about the incident and not the husband of the Ablekuma West MP.

The two lawmakers trended for hours on social media after a photo of the incident went viral in the early hours of Thursday, January 7, 2020.

There was some chaos in Parliament before the inauguration of the 8th Parliament when MPs from the opposition National Democratic Congress (NDC) occupied seats meant for the Majority.

READ ALSO: ‘I did it for the grassroots and the President’ – Carlos Ahenkorah explains ballot-snatching

MPs of the ruling New Patriotic Party (NPP) were, therefore, forced to sit on the Minority side, but Mrs. Owusu-Ekuful decided not to settle for it.

The defiant Ablekuma West legislator sat among the NDC MPs and ended up sitting on the laps of Mr. Akandoh when her seat was taken.

Explaining how things unfolded, Mr. Akandoh said he occupied Mrs. Owusu-Ekuful’s seat when she visited the washroom, which led to her sitting on his laps when she returned.

“We sat at the majority side, the right-hand side of where the speaker sits. So when they came in, all of them moved to the minority, the left side and sat down. Ursula refused to go to that side,” he told Joy News.

“She sat on my lap. I didn’t sit on her lap. My wife should be complaining and not her husband,” he added.

Meanwhile, Alban Bagbin was sworn-in as Speaker of the 8th after beating incumbent Prof. Aaron Mike Ocquaye in a vote.