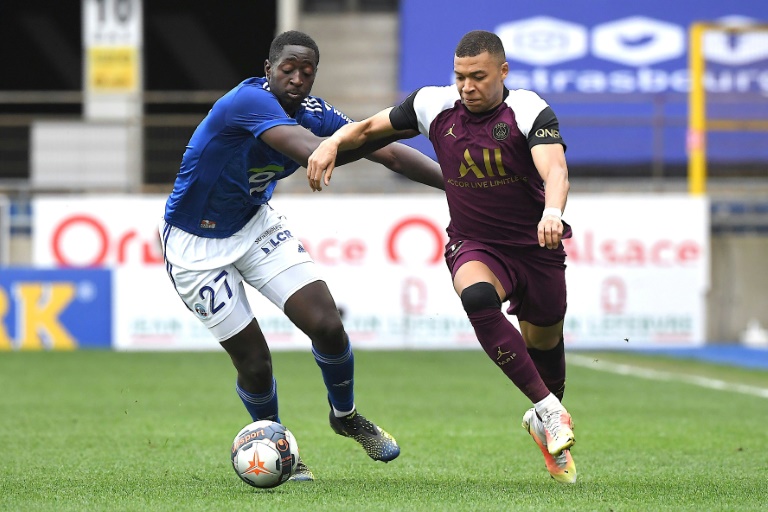 Captain Marquinhos also missed out after coming off injured in midweek, but Mbappe kept his place.

After Adrien Thomasson crashed an early shot off the post for Strasbourg, Mbappe opened the scoring in the 16th minute, collecting a Paredes pass and cutting into the box from the left before placing his shot through the legs of goalkeeper Matz Sels from a tight angle.

It was Mbappe’s 21st Ligue 1 goal of the season and his 33rd in all competitions in 39 games.

Sarabia was handed a rare start and the Spaniard took advantage to make it 2-0 before the half-hour mark, controlling a Danilo Pereira pass on the edge of the box and slotting low into the corner.

Italian striker Kean added another on the stroke of half-time, firing home first-time from Mbappe’s pass for his 18th goal since signing on loan from Everton.

Malian youngster Sahi pulled one back for Strasbourg within moments of coming on for just his second Ligue 1 appearance shortly after the hour mark, but Argentina midfielder Paredes secured PSG’s victory from a 79th-minute free-kick given for a foul on Mbappe.