Madrid march on, Bayern stumble and Robben is back: Talking points from around Europe 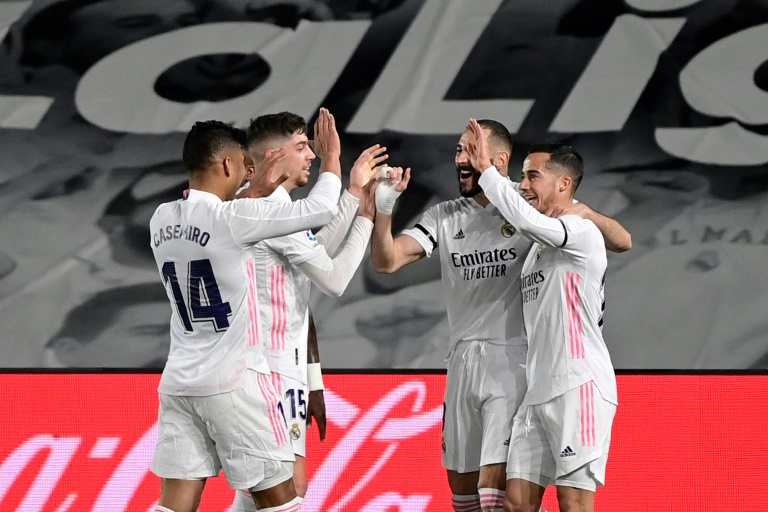 Real Madrid won the Clasico as the title race intensifies in La Liga, while Inter march towards the Scudetto but Bayern Munich stumbled in Germany.

A great few days for Zidane

Real Madrid followed their 3-1 Champions League quarter-final first-leg win over Liverpool by beating Barcelona 2-1 in a thrilling Clasico, and Zinedine Zidane’s side remain, remarkably, on course for a La Liga and European Cup double.

A brilliant back-heel finish by Karim Benzema — his ninth goal in his last seven league appearances — and a free-kick from in-form Toni Kroos gave Real their fourth straight La Liga win and a result which keeps their momentum building.

The result should not be a major setback in their quest to win a ninth straight Bundesliga title, even if second-placed RB Leipzig closed to within five points with a 4-1 victory at Werder Bremen. Nevertheless the atmosphere around the club could really deteriorate if they fail to turn the PSG tie around.

Eintracht Frankfurt took a big step closer to a first top-four finish in the Bundesliga since 1993 as they defeated fellow high-fliers Wolfsburg 4-3 in a thriller.

Andre Silva was among the scorers as the Portuguese striker got his 23rd of the season — that’s two more than Erling Braut Haaland.

With just one defeat in 17, fourth-placed Eintracht — who have scored 11 goals in their last three outings — remain seven points clear of Borussia Dortmund with six games remaining.

A place in the Champions League beckons for the club who famously lost the 1960 European Cup final 7-3 to Alfredo Di Stefano’s Real Madrid.

There is surely little doubt now that Inter Milan will win a first Serie A title since 2010 and in doing so stop Juventus from making it 10 consecutive Scudetti.

On Sunday Inter edged out Cagliari 1-0 with a late goal from ex-Manchester United full-back Matteo Darmian. Antonio Conte’s side have now claimed 11 straight Serie A wins, but it has often been like this: their last six wins have all been by a single goal.

With eight matches remaining, Inter are 11 points ahead of second-placed AC Milan, who beat Parma 3-1 despite having Zlatan Ibrahimovic sent off. Juventus beat Genoa 3-1 but are 12 points behind in third.

It seemed that Arjen Robben’s playing days might actually be over as injuries marred his return to first club Groningen last summer.