Luke and Matt Goss now ‘closer than ever’ – Music News 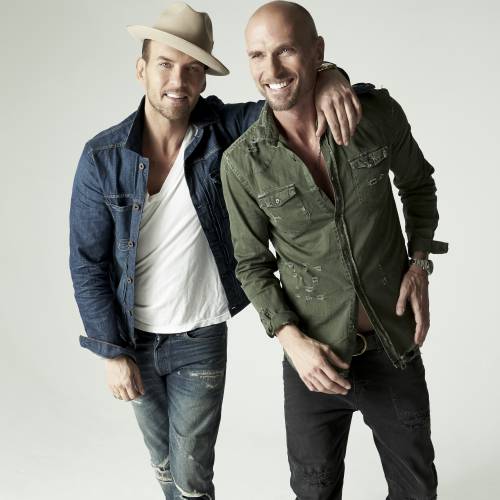 The twins first found international fame as part of the boyband Bros and despite their split in the early 90s, they have a “loving relationship” following their on-stage comeback in 2017.

Luke said: “Bros is back in the sense that we’re planning the new album.

“We’re coming up with our individual songs that we’re going to mush together.”

The brothers appeared in the documentary film ‘Bros: After the Screaming Stops’ in 2018, and Luke admits it’s proven to be a turning point in his career.

The London-born star – who now lives in Los Angeles – told the BBC: “The definitive Bros album is coming up. We’re working on it next year. And that might not have happened before [the documentary].”

Luke, 52, has been writing new music amid the coronavirus crisis, and he’s planning to release a rare solo single titled ‘Free’ in December.

He explained that his recent work has been made without any “compromise”.

Luke said: “I’m very proud of this music. It’s the first music I’ve ever made that is entirely my taste without compromise, so it’s a big statement. It’s me being me.”

The music star is also appearing in a new film called ‘The Loss Adjuster’, in which he plays a character who hits rock bottom before working his way back.

Luke admitted it’s a situation he can relate to.

He said: “A dark comedy in some ways.

“But I know how that feels, as most men do, where they’ve gone to that point where there’s that moment of crisis within their own prowess, financially or in their work or whatever, and it’s a moment of reinvention.”