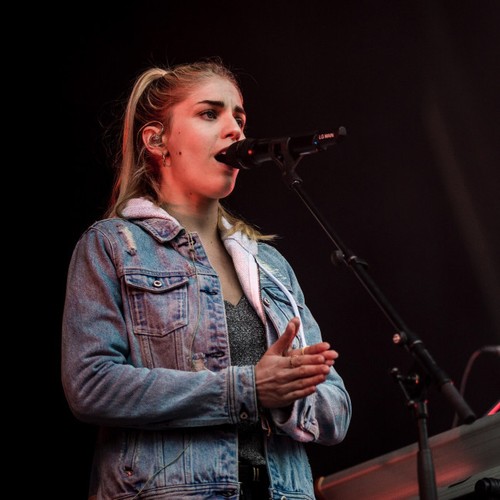 The 31-year-old singer felt she “wasn’t cut out” for the industry anymore because she was tired of its “sexist and exploitative” nature, but writing the group’s new album, ‘Californian Soil’, has helped her regain her confidence.

She said: “I felt like I wasn’t cut out for the music industry anymore. It really is a cowboy industry, especially if you’re a woman. It is incredibly sexist and exploitative.

“I was quite a feisty person in my teens, but somewhere along the line, I lost all of my confidence, I kind of lost my voice. And this album has given it back to me.”

Hannah was frustrated at how she was made to feel “invisible”, with sound engineers and producers sidelining her in favour of her bandmates, guitarist Dan Rothman and keyboard player Dominic ‘Dot’ Major.

She told The Daily Telegraph newspaper: “I felt like a cash cow. Everything had to be done on men’s terms.

“A big thing was not even being considered a musician.

“We could be working on a song I had written, and all the eye contact and discussion would go to Dan and Dot. It was just so strange, to feel completely invisible.”

And Hannah felt she had to “be nice all the time” and now show any “strong opinion” or she’d be dismissed as “difficult”.

She added: “What I noticed with the boys was that they could get angry, emotional, sad; they could be all shades of their colourful selves, and actually it would be taken as having integrity. But if I showed any emotion, I was treated as if I was being irrational. I felt like the bigger the band became, the smaller I had to make myself.”

The frontwoman’s appearance was also subjected to scrutiny.

She said: “I was never told you need to look sexy or show more skin but there was definitely lots of tension around what I would wear. And what happened was I just rejected it entirely, and I think I effectively desexualised myself.”

By the end of the band’s 2018 tour, Hannah was suffering with debilitating stage fright and nervous condition fibromyalgia, and admitted she was ready to call it a day.

But then she wrote ‘America’, “a kind of goodbye to all the songs I thought I wouldn’t write”, and that sparked the band’s new album.

Hannah recalled: “I played it for the boys, and they were like, ‘It’s amazing, why don’t we have a cup of tea and have a little jam.’ And Dan had a new dog, so I was like, ‘Yeah, I’ll hang out with the dog,’ and then very slowly I was roped into making an album, and it all started to come out.”