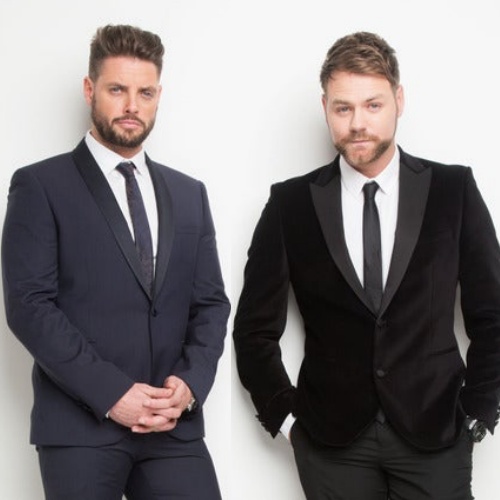 The Boyzlife singer was used to singing backing vocals during his time with Boyzone so not only was he apprehensive about taking the lead on his and Brian McFadden’s album ‘Strings Attached’, working with the world-famous musicians made him even more nervous.

He said: “It was very surreal working with the orchestra. To go into the studio again to do these songs that I’ve been singing the backing vocals on for the last 20-odd years and then sing the lead vocal was quite daunting for me.

“But then to do it with an 84-piece orchestra was extremely daunting! You think, are we going to do these songs justice?

“But once it was finished I had no worries. I never got the opportunity to record any solo albums so listening to the album for the first time was a big moment for me and my family.”

The duo had initially planned to write an album of original material but decided to “pay homage” to their former bands, Boyzone and Westlife, instead.

Brian said: “The initial plan was to bring out new original Boyzlife songs because we both write but then we thought it would be a good idea to pay homage to the last 25 years.

“I have a friend whos a producer and he was working on an album with the Royal Philharmonic Orchestra. I remember getting goosebumps listening to it, so that’s how all this came about.

“We didn’t want to just record the old Westlife and Boyzone songs, we wanted to put our own mark on them.”