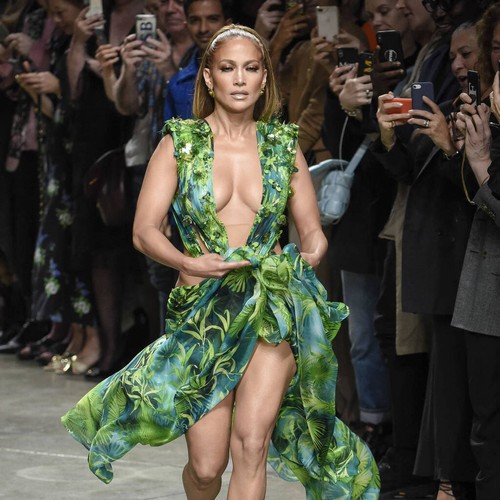 The Jenny From The Block hitmaker, who is due to appear on Dick Clark’s New Year’s Rockin’ Eve with Ryan Seacrest to ring in 2021 on Thursday night, posed inside a subway train and on the platform in a voluminous baby blue Balmain gown that featured an overflowing tulle skirt, a pair of knee-high glossy black stiletto boots, and a bedazzled cropped black blazer to film a segment for the show.

According to editors at People, the singer will arrive in Times Square via the train, which will be wrapped in the campaign art for her new beauty line, which officially launches on Friday.

Lopez will then hit the stage to deliver her first-ever live performance of her newest single, In the Morning, during the annual new year show.

“It has been a difficult year for so many and we are hoping we can all start the new one with a positive and hopeful outlook,” she said. “New Year’s Rockin’ Eve in Times Square is such a symbolic event and we’re excited to perform for everyone and keep this tradition going, even though it will look a little different this year.”

The star, who’s also hosting a virtual after-party from her bathroom for 1,000 fans the same night, said she is looking forward to “reconnecting with my fans. I have missed them so much!”

Despite its challenges, the Hustlers star confessed there were some positives to emerge from 2020.

Lopez added, “The silver lining that I found from this year is the quality time that I spend with (my fiance) Alex (Rodriguez) and our children. We would not have had that opportunity under normal circumstances.”