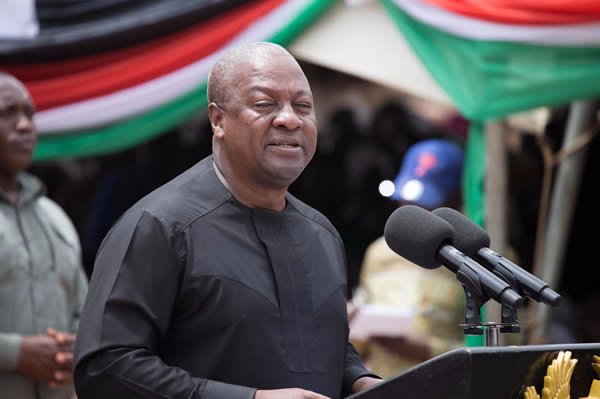 On the contrary, he hopes to remove all forms of doubt from the presidential election results declared by the Electoral Commission.

Mr Mahama said this in an address after filing his petition earlier on Wednesday, December 30, 2020.

According to him, his motivations were no different from Nana Akufo-Addo, who challenged the election results in 2012 after a defeat.

Adding that “I want the removal of doubt. I want for all of us to know that our elections should be free fair and safe and that we do not have to settle for a process that leaves us confused and with more questions than answers.”

He stressed that in pursuit of democratic principles, surrender was not an option, noting that “Whenever we decide to take the easiest road, the first step is always surrender and often the thing that we lose is the very thing that we value the most.”

The NDC flagbearer noted that ensuring accountability was key to his petition, and so, he wants “a Ghana where institutions of state can be held to account, where we can stand on principle and demand transparency without the risk of losing our lives.”

The EC declared President Akufo-Addo as the winner of the presidential election when the Techiman South Constituency results were pending.

But Mr Mahama argues that if all the votes of Techiman South Constituency were added to his votes, President Akufo-Addo’s votes would remain at 6,730,413, now yielding 49.625 percent of the votes, while his would increase to 6,342,907, now yielding 46.768 percent.

“Therefore, Mrs Jean Adukwei Mensa’s claim in the purported declaration on 9th December 2020 that adding all the 128,018 votes in the Techiman South Constituency to the votes standing to the name of Petitioner would not change the results, was clearly wrong,” Mr Mahama said.

The petition was filed today, Wednesday, December 30, 2020, by Mr Mahama’s lawyers following the party‘s audit of the 2020 Presidential results “and extensive consultations with the National Executive Committee and Council of Elders of the party.”

The petition seeks among others, a declaration from the Supreme Court to the effect that, “the purported declaration of the results of the 2020 Presidential Election on the 9th day of December 2020 is unconstitutional, null and void and of no effect whatsoever.”