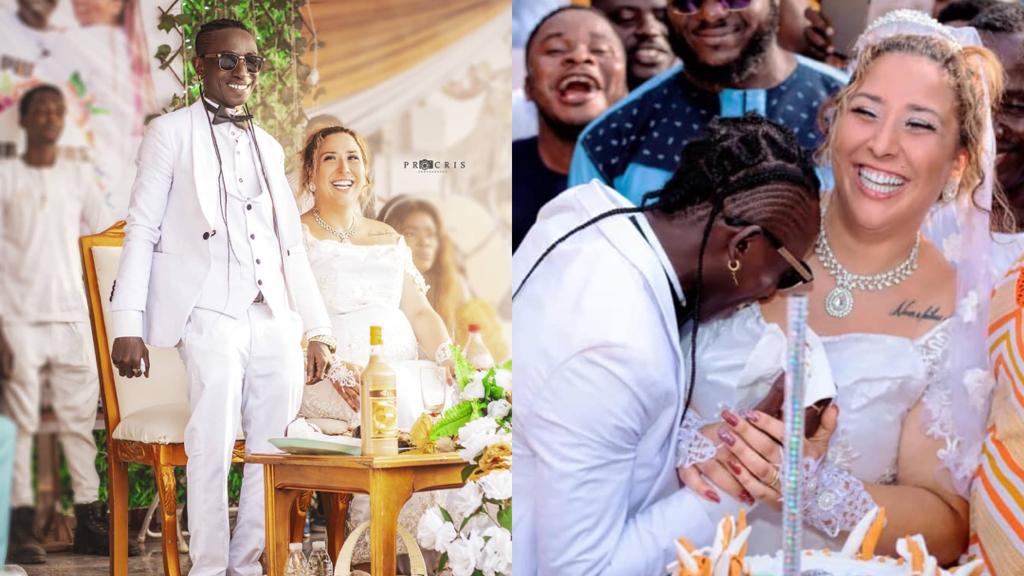 Speaking on Okay FM, she narrated that she first met Patapaa at a concert in Belgium where he came to perform his ‘One Corner’ monster hit track. According to her, though she lives in Germany, she liked the ‘One Corner’ song, hence, she decided to go for the show in Belgium.

“It all started when he had his show in Belgium. I have friends in Belgium and Germany who organized shows so there’s a friend in Belgium who invited Patapaa to come and perform and I really like the “One Corner” song, maybe you have seen it on my wedding day how I was dancing to it ” she said.

She continued that “it is one of my favourite songs so I said if Patapaa is coming to Belgium then I really have to see him so I went for the show and after the show, I went backstage to take a picture with him“.

According to Liha, she, however, couldn’t have a conversation with Patapaa because he didn’t even talk much. ” Because I asked for the picture, I think he didn’t even ask me anything, he only shook his head and I was thinking maybe he doesn’t know how to speak English“.

Detailing how they managed to have a relationship later, Liha, who says she is a nurse in Germany, said one of his friends who is into Concerts in Europe, arranged for her to meet Patapaa again after he invited him to Germany for a show.

During the conversation, she disclosed that not knowing to her, Patapaa later saw a video of hers that she took at the concert in Belgium, shared on their mutual friend’s WhatsApp and he convinced him to ensure he meets her on his trip to Germany.

According to Liha, that is how they met for the second time and started talking. Watch the video below to hear more from her as she speaks to Abeiku Santana on Okay FM.