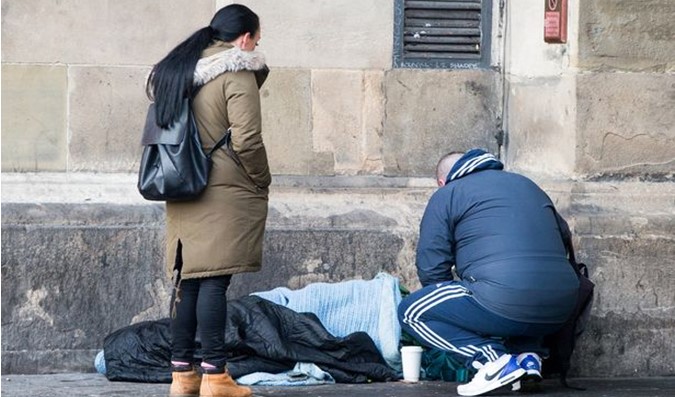 However, to her surprise, the less privileged man declined to take the tea and said he wanted coffee instead.

Some people would have gotten upset and walked away since it is said that a beggar has no choice. But @MilkyLazarus said she felt humbled by his response rather, explaining that it made her realise that she should have tried to know his preference first.

“A homeless man today refused to take a tea I bought for him because he didn’t drink tea – he said he preferred coffee. That humbled me because I shouldn’t have assumed that he would like tea, I should’ve asked.

“In my defence, I assumed everyone liked tea. It was part of a meal deal for something he did ask for. Tea was first go to,” @MilkyLazarus wrote on Twitter.