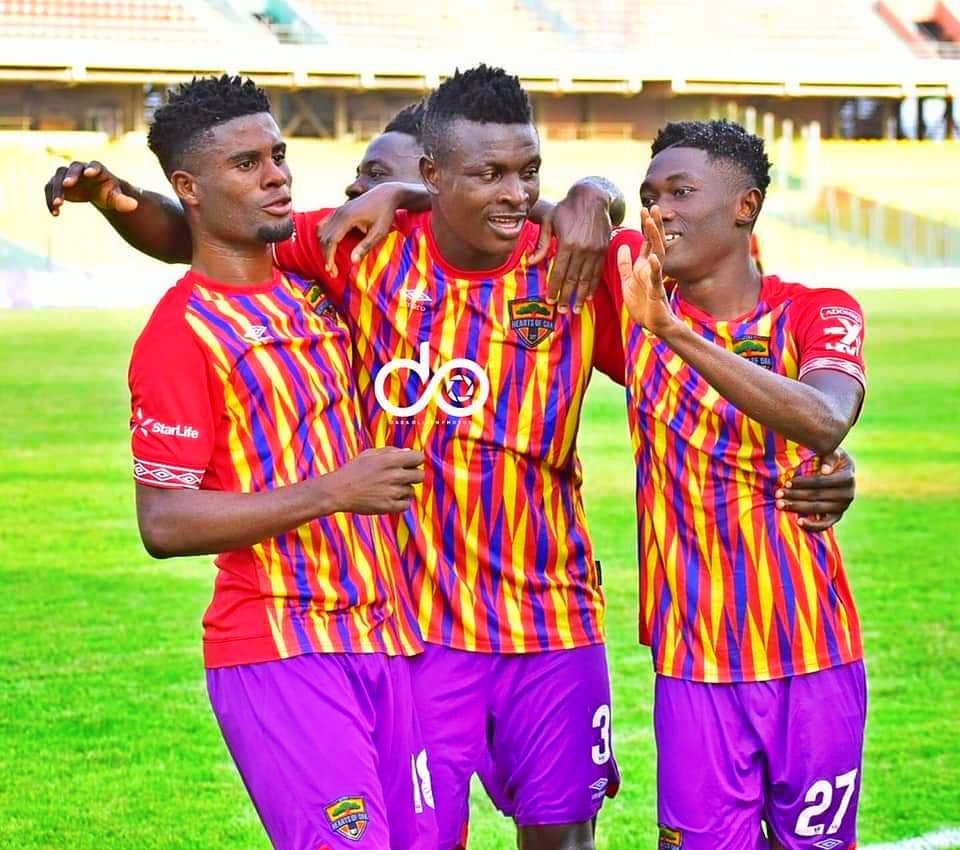 James Bissue gave Emina Sharks the lead in the first half, but Victor Aidoo snatched the equaliser for Hearts of Oak after the break to register his third goal of the season.

Hearts of Oak enjoyed greater part of the possession in the early exchanges.

Sharks took control of the game and started raiding the goal area of the Phobians.

In the 20th minute, James Bissue beat his marker and made light work of Robert Addo Sowah before slotting the ball home for the opener.

Justice Mensah should have registered the second goal of the game after receiving a pass from James Bissue with the goalkeeper beaten, but his shot went wide.

Back from recess Elmina Sharks continued to dominate play and were once again denied a penalty call after Banjamin Afutu brought down Benjamin Tweneboah in the 50th minute.

Hearts of Oak against the run of play registered the equaliser when captain Fatawu Mohammed’s cross was headed home in the 63rd minute by Victor Aidoo.

Benjamin Arthur was sent off in the 76th minute after a nasty tackle against a Hearts player.

A free-kick which was delivered into the 18-yard box of Hearts of Oak was headed over the crossbar by Alhaji Mustapha in the 79th minute.

Raddy Ovouka broke away from his marker and moved into the 18-yard box, yet his shot took a deflection and went wide.

James Bissue was named the Man of the Match. This is his second Man of the Match award this season: He was adjudged the best player in their 1-3 defeat against Karela FC.