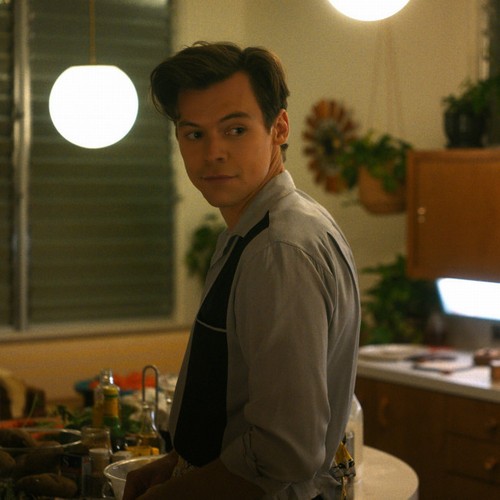 Harry Styles and Florence Pugh have teamed up to release a song from their movie ‘Don’t Worry Darling’.

The pair collaborated on the song ‘With You All the Time’ with Styles adding piano parts instead of singing and the track being credited to their characters from the film Alice and Jack instead of using their own names.

The movie’s director Olivia Wilde recently explained how Styles had come up with the song, revealing he came up with the piano line that later became the focus of the song.

She told Variety he’d asked about the song and then quickly delivered his part. She said: ““In prep, Harry called me and said, ‘What’s the trigger song? Like, what’s the melody?’ I said, ‘I don’t know. I’m going to different writers to write it. Do you have anything in mind?’ And he said, ‘I’ll think about it’.”

Olivia then added: “Five minutes later, he sent me a demo from his piano, and it was what ended up in the film. He called me and said, ‘What about this?’ And I was like, ‘Yeah, that’s it. That’s it. And that’s really insane that you did that in five minutes.’”

Styles added of the song: “I wanted something that could be both sweet and creepy, entirely dependent on the context,” Styles says. “I remember first playing it on the piano, and it had a sort of homemade nursery rhyme feel to it. Applied to the different moments in the film, I think it takes on a couple of different lives – I hope.”