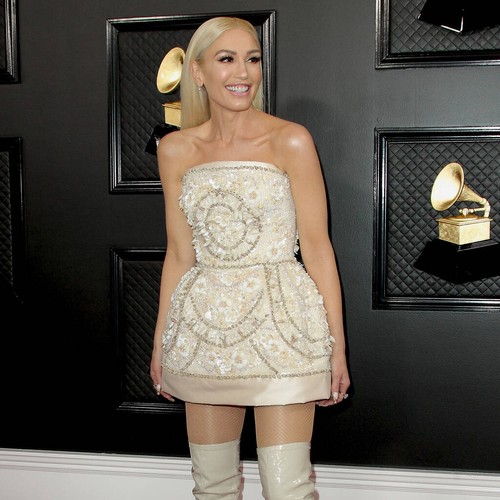 Gwen Stefani and her three sons all struggle with dyslexia – a fact she believes is down to “genetics”.

The Hollaback Girl singer revealed the diagnosis in an interview with Zane Lowe for Apple Music, telling the host that she “discovered” she had the learning disorder when her kids started finding it hard to read.

“One thing that I’ve discovered through having kids is that I have dyslexia – everyone has things that happen and mine was that,” she said. “And I feel like a lot of the problems that I have had or even decisions that I’ve made for myself stem from that, because now the children – obviously, it’s all genetic – they have some of those issues.”

However, Gwen added that finding out she and her boys were dyslexic led to them getting a host of “benefits” at school.

“They have these incredible teachers and schools and they don’t have to have shame about it,” she smiled. “They understand that their brain functions in a different way. All of our brains do, you know what I mean?”

As for her own experience at school, Gwen told Lowe that she “failed” academically, explaining: “I was a good girl. I didn’t do any bad stuff. It was just really hard for me to function in that square box of school that everybody was supposed to be understanding. And my brain didn’t work like that; it still doesn’t. But it works in different ways that are probably a gift that other people can’t do.”