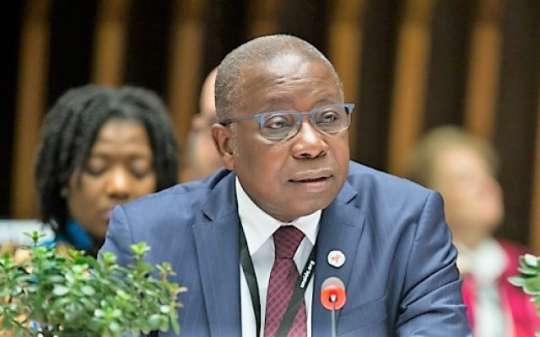 The International Network of Religious Leaders Living with or personally affected by HIV and AIDS (INERELA+ Ghana), has asked Government to increase funds allocated to institutions that offer social and mental health services to people in the country.

That, it said, would enable such institutions to offer proper assistance to persons who survive abuse to ensure their full recovery from their trauma.

Mrs Mercy Acquah-Hayford, Executive Director of INERELA +Ghana, made the appeal in an interview with the media on the sideline of a capacity building workshop held for some social and health workers in Accra.

The workshop, which was organised by INERELA+ Ghana with funding from the United Nations Women Trust Fund, sought to increase knowledge and awareness on violence against women and girls.

It also sought to equip these professionals with the requisite knowledge and information about how to handle survivors of abused circumstances to enable them to properly discharge their duties and reduce unnecessary time wasting on part of the professionals in giving help to the abused.

The workshop was attended by some officers of the Domestic Violence and Victim Support Unit (DoVVSU) of the Ghana Police Service, social welfare officers, nurses, counsellors and some abused survivors, among others.

Mrs Acquah-Hayford noted that many institutions that offered social and mental health services to survivors of abuse lacked requisite infrastructure needed to discharge their duties effectively.

For instance, she noted that logistics such as shelter homes to house such persons were unavailable, making it difficult for social workers to provide the needed assistance during such critical times.

“Funding should go into these places because the vulnerable are so many that, even how to reach people that we need to capture, is a problem, but because the funding from the government is not forthcoming to these institutions, when you go to them, they don’t even know what to do,” she noted.

She added that: “So, if they will get their logistics through government funds, then, we know that we are on the right path.”

Mrs Acquah-Hayford also urged the government to invest more in the country’s mental health system to provide the needed mental health assistance to victims of abuses.
Government, for instance, in 2022 allocated only GH¢26,000 to the Mental Health Authority for its operations.

This, some Non-Governmental Organisations and Civil Society Organisations within the mental health sector have criticised and described as woefully inadequate considering the numerous challenges bedeviling the sector.

She called on institutions such as the Ministry of Gender, Children and Social Protection to speak up and advise the government on the challenges confronting these institutions.

She, therefore, pleaded with Police officers as well as nurses who attended to survivors in such situations to attach sense of urgency to such cases and avoid asking questions that would further delay the process and for that matter delay the survivor from obtaining early medical care.

Send your news stories to ghanaeditor.com/become-a-publisher/ and via WhatsApp on +233 244244807
Follow Ghanaeditor on Google News