Gladson Awako, 3 others nominated for GPL Player of the Month [ARTICLE] 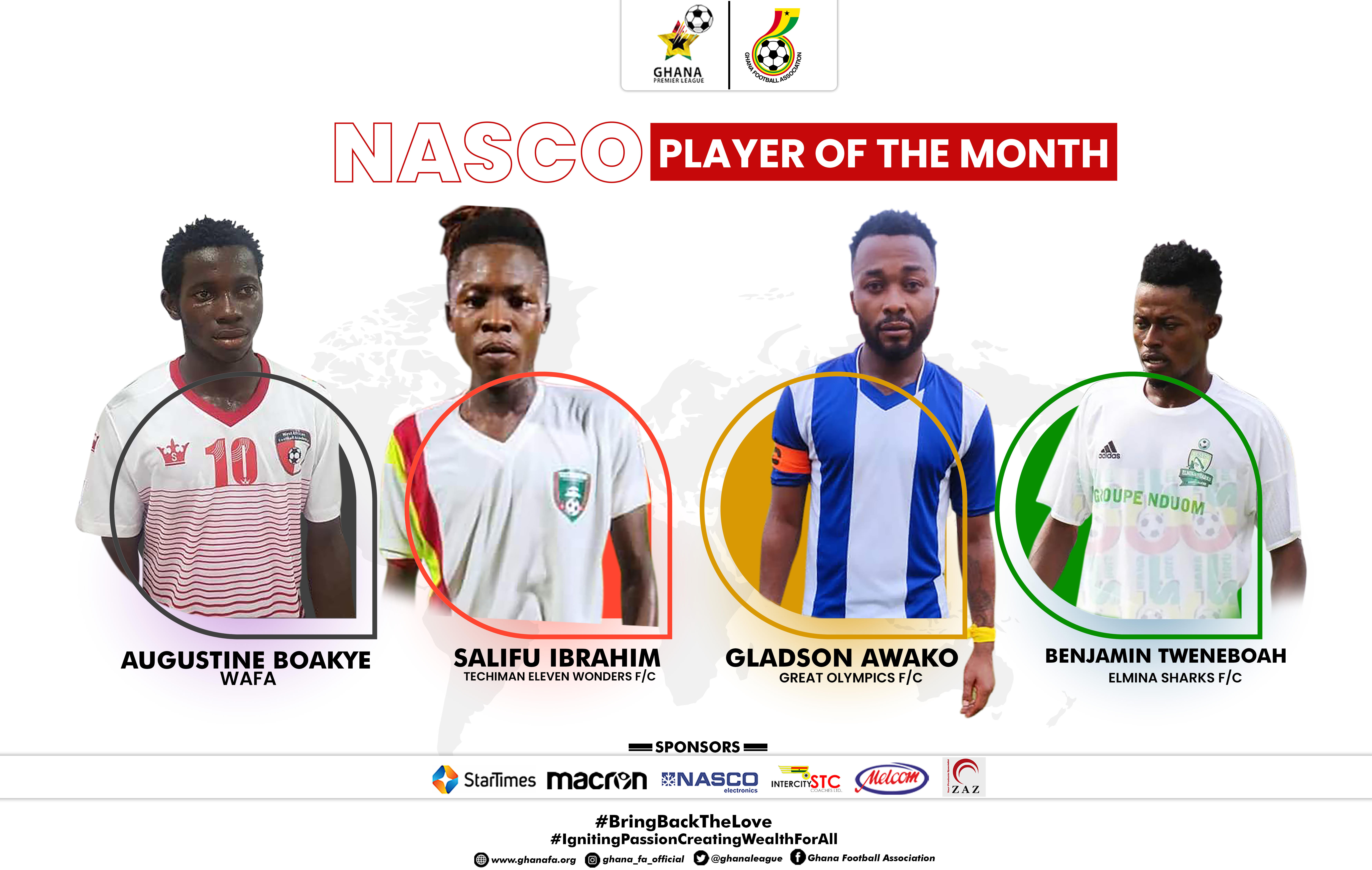 The players have been shortlisted from their involvement in the matches played during this period and consideration was given to their respective man-of-the-match awards, goals scored, assists and clean sheets where applicable.

Matchday One and Two games which were played in November were also considered in arriving at the shortlist.

The winner of the 2020/21 GPL NASCO Player of the Month for December award will be announced on Wednesday January 13, 2021.

Winner will receive a NASCO Television set, a men’s grooming set and a personalized trophy.