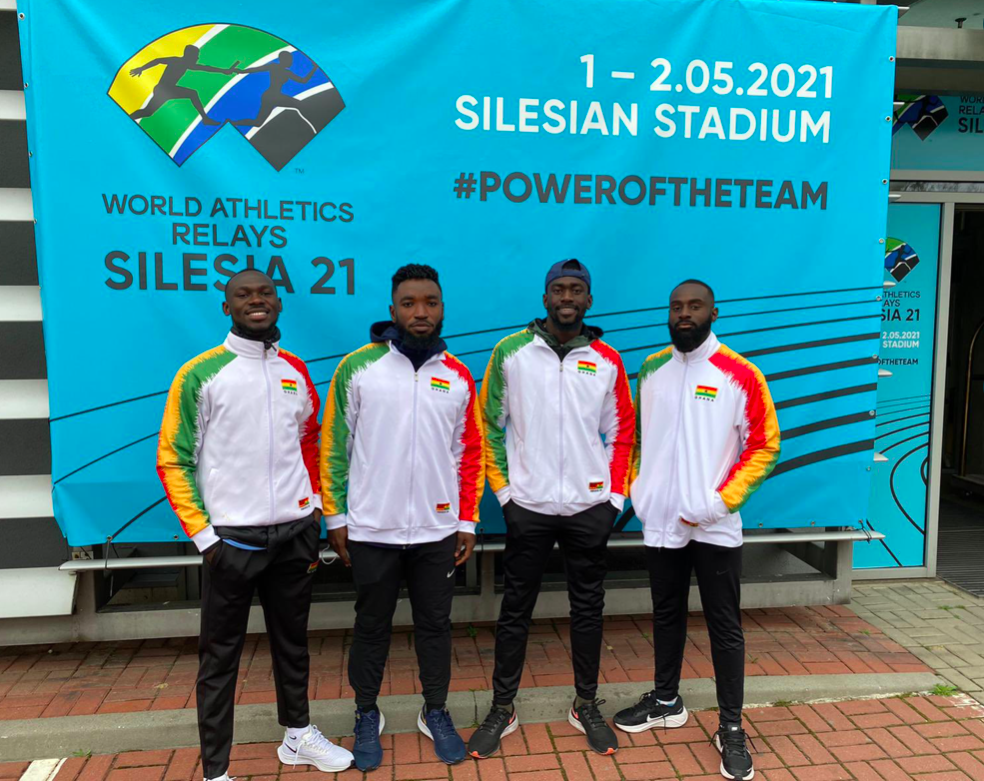 The team, comprising Sean Safo-Antwi, Benjamin Azamati, Joseph Manu and Joseph Paul Amoah, put up a spirited performance to cross the finish line in 38.79s, same time as first placed Netherlands, who won by 8000th of a second.

The final berth means the quartet have qualified for this summer Olympic Games scheduled to take place in Tokyo in July 2022.

Ghana’s team comprised three of the four men who won gold at the 2019 Africa Games in Rabat, with the only change being the curve runner in Martin Owusu-Antwi, whose place was taken by Coppin State University’s Joseph Manu.

Meanwhile, the women missed out after finishing 3rd in their heat.