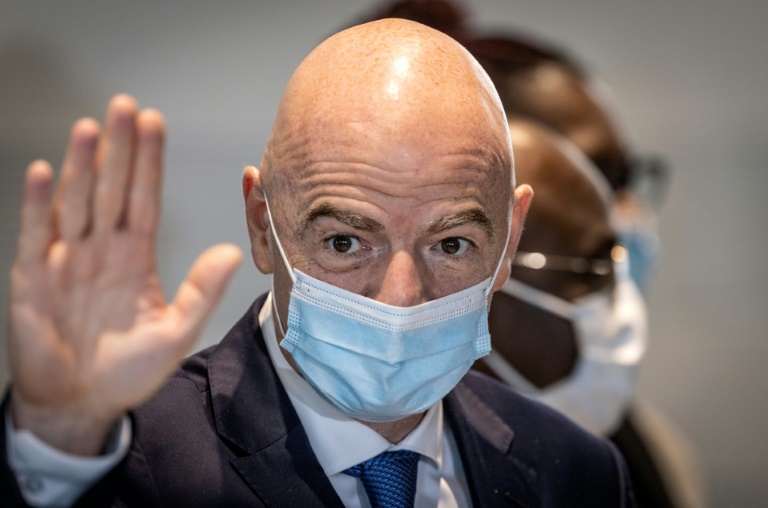 Twelve powerful clubs — six from England, and three each from Spain and Italy — have signed up for the Super League, which offers guaranteed spots for its founding members and billions of dollars in payments.

Currently, clubs have to qualify for the Champions League each year through their national competitions, and face a lengthy group phase before reaching the high-profile latter stages.

The plan prompted a furious reaction from fans and officials, with UEFA president Aleksander Ceferin saying it was motivated by “greediness, selfishness and narcissism”, and Liverpool coach Jurgen Klopp saying its closed nature was “not right”.

Three more clubs are expected to sign up, including “at least two” from France, a source told AFP. Qatar-owned Paris Saint-Germain are a notable absentee, while Bayern Munich, the reigning European champions, have distanced themselves from the project.

Five more clubs will qualify annually for the 20-team, midweek competition, where two groups of 10 will precede two-legged quarter- and semi-finals and a one-off final. The competition is due for launch “as soon as is practicable”.

It constitutes a serious threat to UEFA, who together with the English, Spanish and Italian football authorities said the clubs could be banned from domestic and European competition.

The British government also said it was considering invoking competition law to block the breakaway.

FIFA’s reaction so far, ahead of Infantino’s speech at the opening of the UEFA congress, has been markedly less strident, expressing “disapproval” and calling for dialogue.

The world body’s stance is likely to be crucial. In January, FIFA and the six global confederations warned that any club or player involved in a breakaway would be ineligible for FIFA competitions.

‘Football has to change’

The clubs, most of them heavily indebted and saddled with enormous player salaries, are expected to receive a further 10 billion euros in “solidarity payments” over the life of the initial commitment — much more than the returns available in the Champions League.

Britain’s culture secretary Oliver Dowden said the English clubs could find themselves subject to a formal review under British anti-trust law, which prevents the formation of monopolies or corporate cartels.

“We will put everything on the table to prevent this from happening,” the minister said, vowing a “very robust response”.

However, organisers of the Super League said they would file court motions to stop players being banned and “ensure the seamless establishment and operation” of the competition, according to a letter to Ceferin and Infantino that was seen by AFP.

Real Madrid president Florentino Perez, the head of the new ESL, said it was “impossible” that clubs would be thrown out of the Champions League, whose upcoming semi-finals feature Chelsea, Manchester City and Real Madrid.

“Madrid will not be kicked out of the Champions League, definitely not. Nor City, nor anyone else,” he said, also insisting that players would still be able to represent their national teams.

“Football has to keep changing and adapting to the times. Football is losing interest. Something must be done,” Perez said.

The breakaway announcement came just hours before UEFA announced a new, 36-team format for the Champions League, which had been conceived to placate the continent’s biggest clubs.