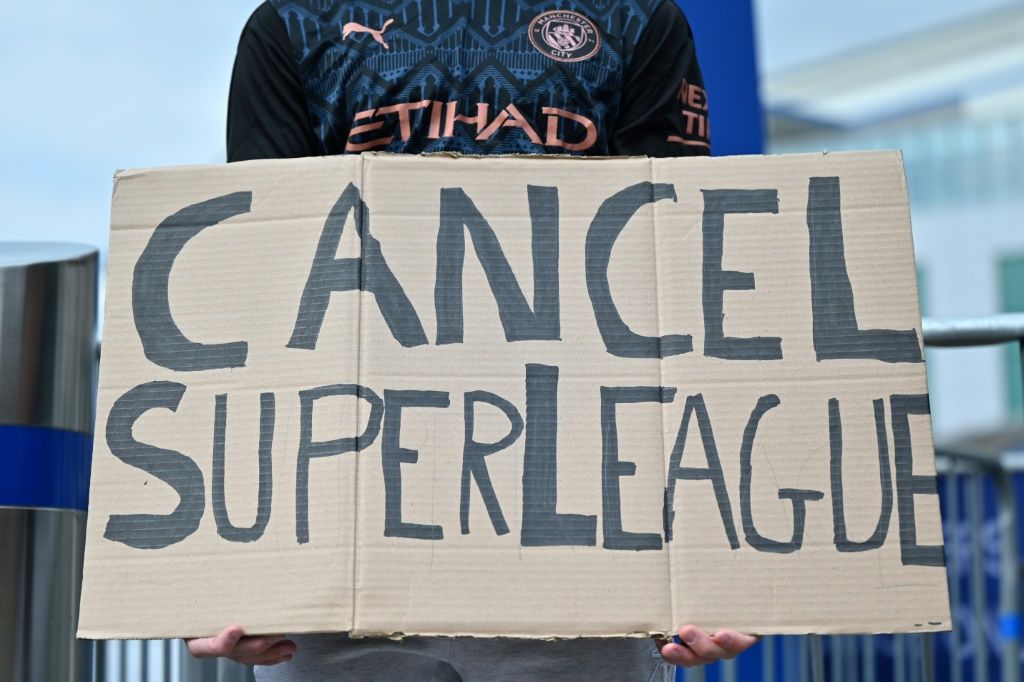 English football is set for a fan-led review, under the direction of former sports minister Tracey Crouch, following the fall-out from the widely criticised breakaway plans.

Twelve of Europe’s leading clubs — including the Premier League’s “big six” — announced late Sunday they had signed up to compete in the Super League.

But the plans dramatically unravelled two days later as clubs withdrew following an outpouring of outrage from fans, governing bodies, players and politicians.

Liverpool, Manchester United, Arsenal, Chelsea, Manchester City and Tottenham all swiftly confirmed they would not be moving ahead with the proposals, which would have seen founder members exempt from relegation.

Bullingham is determined there must be no repeat of the chain of events, which caused an uproar throughout the game.

“Our primary focus now is working to ensure that this can never happen again,” he said.

“We are exploring all options to prevent that, including legislation and changes to our rulebook, and nothing is off the table.”

Jurgen Klopp said on Friday that Liverpool’s owners were not bad people despite making “a bad decision” over their involvement in the failed project.

The furore over the Super League has overshadowed UEFA’s decision to approve changes to the format of the Champions League from 2024.

The competition is to be increased from 32 to 36 teams with a revamped group stage that will see all teams play at least 10 fixtures — a move that has been criticised by both Manchester City manager Pep Guardiola and Liverpool boss Klopp.

Earlier, the Super League’s financial backer JP Morgan accepted it “misjudged” how fans would react to the breakaway competition.

Having announced their intention to break away, the 12 teams, who included Spanish sides Real Madrid, Barcelona and Atletico Madrid as well as Italian trio Juventus, AC Milan and Inter Milan, resigned from the European Club Association.

However, a tweet from the ECA on Friday appeared to offer hope of a return to the fold.

“We want to move past the events of this week…. Clubs can only succeed both on & off the pitch if we work hand in hand,” the organisation tweeted.

The ECA has traditionally been perceived as an organisation that lobbies UEFA chiefly in the interests of Europe’s elite clubs.

Any failure of the group labelled “the dirty dozen” by UEFA president Aleksander Ceferin on Monday to gain re-entry to the ECA could weaken their ability to influence matters at continental level.