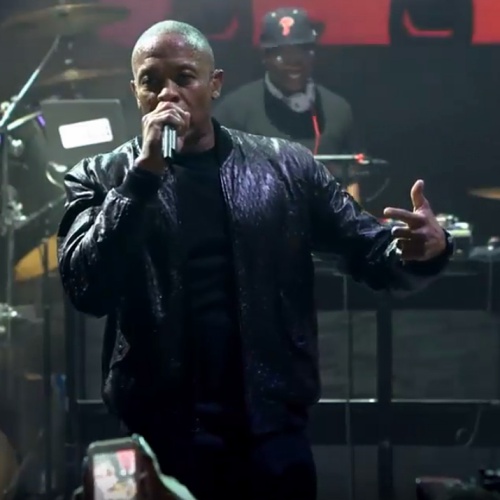 That’s according to rapper Page Kennedy, who appears to have let slip that the 55-year-old star is making new music and he said the record is sounding good.

A fan then asked him if he knew when Eminem is dropping his next record, and Page replied: “Well he def on this one lol.(sic)”

But Page insisted he wouldn’t divulge when a potential new Eminem album might be released.

In response to another fan, he wrote: “I wouldn’t tell yoh (sic)”

Dre hasn’t released a studio album since 2015 when he dropped ‘Compton’, which also doubled as the soundtrack for the movie ‘Straight Outta Compton’, a biopic of rap group N.W.A, which Dre was a part of alongside the likes of Eazy-E and Ice Cube.

There was previous speculation that Dre was set to drop a new album, ‘Detox’, a follow up to ‘Compton’.

Dre and Eminem go back a long way after he signed the ‘My Name Is’ hitmaker in 1998 and then co-produced his second studio album, ‘The Slim Shady LP’, in 1999, as well as ‘The Marshall Mathers LP’ a year later.

The pair have teamed up on numerous occasions since, and won their first joint Grammy Award in 2001, scooping the Best Rap Performance by a Duo or Group gong for ‘Forgot About Dre’.