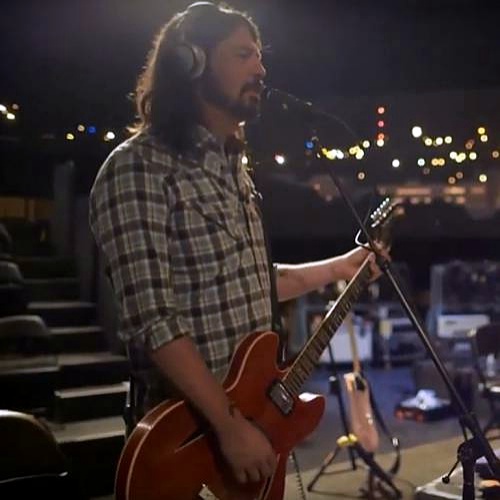 The group have gone in a different musical direction with their upcoming LP ‘Medicine at Midnight’ and though they enjoyed getting the chance to “really explore groove” for the first time, the 51-year-old frontman knows people will have reservations about the album.

He said: “The idea was to make something people could dance to. Before melodies, before lyrics, I knew I wanted to make this our boogie record. Because we’d never done that; we’d done noisy punk rock s***, dissonant heavy thrash, gentle, orchestrated acoustic balladry, and everything in between. The one thing we’d never done was really explore groove.

“It’s hard to put the words dance and Foo Fighters in the same sentence because it just seems unimaginable. It’s nauseating, really – if you told someone Foo Fighters had made a dance record, they would probably vomit.

“But I still have this idealistic and possibly naive attitude that we can do anything we put our minds to.”

The ‘Shame’ hitmaker reassured fans they haven’t made a “Britney Spears record” but admitted he and his bandmates needed to challenge themselves more and avoid getting stuck in a rut.

He told Sunday Times Culture magazine: “Every musician begins with an instrument on their lap and an album on their turntable, their only dream being that they can make it to the end of the song without making a mistake. And there really is no right or wrong.

“But if you wind up in a place where people expect something specific of you, you can end up in a confined place of right or wrong – and guilt. Musical guilt makes no sense to me; I don’t believe in guilty pleasure, I just believe in pleasure.

“And we didn’t go and make a Britney Spears record. But we did manage to push out a little more, in order to grant ourselves not just freedom but happiness.”