Courtois finally feeling at home ahead of awkward return to Chelsea 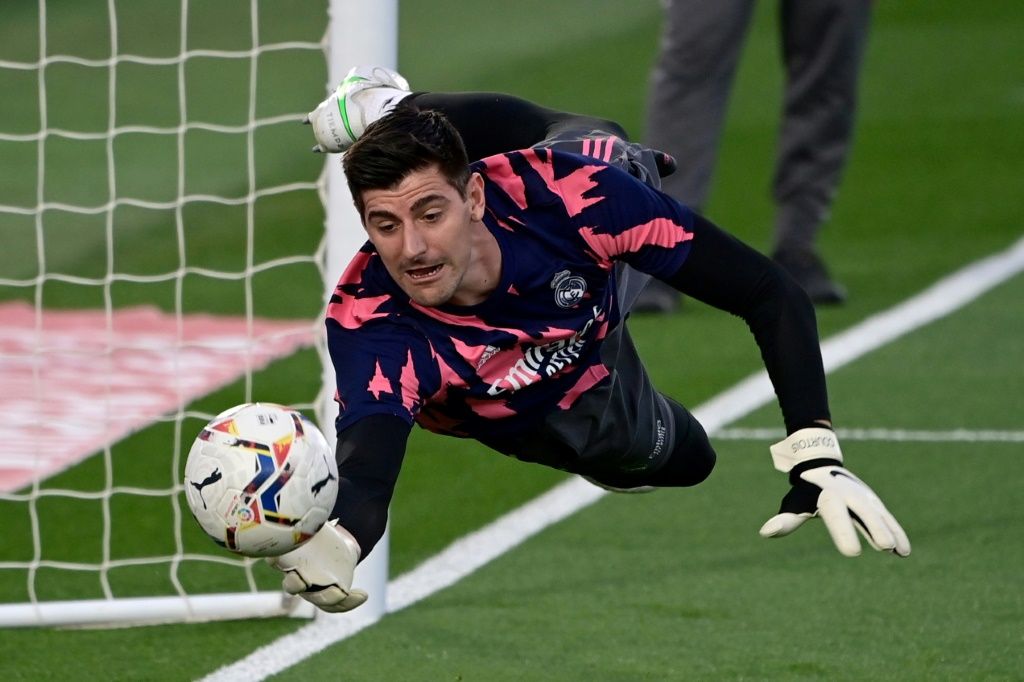 Courtois’ relationship with the Chelsea fans had soured after he pushed the move through by refusing to report for pre-season training and rejecting an offer of talks with then-coach Maurizio Sarri.

Once at Madrid, he rubbed salt into the wounds, remarking on the difference in quality in training with his new team and expressing hope that Eden Hazard, Chelsea’s star player, would soon be there to join him.

The welcome, though, was not much warmer than the farewell, Courtois arriving at a club whose goalkeeper was perhaps the most popular player with the fans, having just been key to three consecutive Champions League titles.

“You can tell everyone loud and clear, I have as much enthusiasm for leaving Madrid as I do for dying,” Keylor Navas said, shortly after Courtois’ arrival.

Navas did leave, eventually persuaded to join Paris Saint-Germain a year later, but his departure served only to deepen the distrust of Courtois, whose nadir came in a Champions League game against Club Brugge, when he was taken off at half-time having been whistled by his own supporters.

A month before, supporters of Atletico Madrid had even marked the city derby by throwing toy rats at the opposition goal, angered by their former goalkeeper’s decision to join their rivals.

In some ways, Courtois might be relieved the stands will be empty at Stamford Bridge on Wednesday, when Real Madrid will attempt to reach their fifth Champions League final in eight years, after a 1-1 draw in last week’s opening leg.

Certainly, the reception would have been much frostier than the one given to Hazard, whose exit to Madrid in 2019 was more accepted at the time and has become easier to accept since as Hazard’s best days continue to be the ones he enjoyed in a Chelsea shirt.

But Courtois might also have been spurred on by the criticism. Never one dodge to controversy, his remarks in the press and decisions in his career have all been made with a singular, uncompromising focus on what he believes he deserves as one of the game’s most complete goalkeepers.

“I think I’m one of the best even if the Spanish press want to kill me,” he said in his first season at Real Madrid, before last month lamenting a lack of appreciation for his talents back in Belgium.

“I survived a tsunami in Madrid and I read (Romelu) Lukaku deserved the trophy for Belgium’s best player abroad,” he told Belgian newspaper HLN. “I feel more appreciation in Spain than in Belgium.”

Courtois would not be the first player to find solace at Real Madrid, to identify more and more with a club that seems to revel in being disliked. Karim Benzema, Toni Kroos and Sergio Ramos have all found comfort at the Santiago Bernabeu, in the face of criticism from outside.

Longevity helps, and after appearing for a long time like a player eyeing his next promotion, Courtois now has the look of a Real Madrid goalkeeper for the next decade.

He is settled, with a six-year contract, and having bought a plot of land in Boadilla del Monte, a wealthy town to the west of Madrid. He speaks to his two children in Spanish and, on the pitch, scolds his teammates in Spanish too.

Most importantly, the unsure performances of his first two years have given way to a sustained period of excellence, in which Courtois has established himself not only as first-choice goalkeeper but one of the outstanding players in Zinedine Zidane’s team.

“He is fundamental, I have no doubts,” said Zidane, who was one of those initially loyal to Navas when Courtois first arrived.

The contrast with Hazard is certainly stark, even as Hazard enjoyed a hero’s welcome, his transfer prioritised by Zidane, his presentation celebrated by 50,000 adoring supporters and his place in the team guaranteed.

Courtois had none of those advantages, a signing that was arguably unnecessary and for many unwanted, who against the odds became one of Real Madrid’s best signings in years.