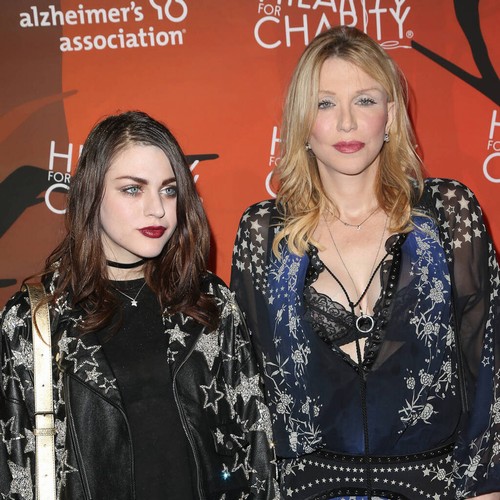 Courtney Love is surprised her daughter Frances Bean is following her and dad Kurt Cobain into music as she thought she’d become an equestrian.

Since debuting her music on Instagram in 2018, Frances, who is also a model and artist, has shared several of her tracks on the social media site, sparking speculation she will make a studio record.

The former Hole frontwoman is very proud her daughter looks to be following in her footsteps, but is somewhat surprised as she thought she’d become a professional horsewoman.

“She’s super talented and an incredible artist but I always thought she would be a professional horse rider,” Courtney told NME, exclaiming: “You should have seen her – she had so many medals and trophies and when I first saw her on a horse, I thought she looked so majestic… like Boudicca!”

Courtney has also looked to her kid for musical inspiration now she’s working on her first new material since 2015.

“It’s early days and I’ve recorded several new songs whilst I’ve been in London,” she said of her songwriting efforts.

“I’ve also taken this time to enjoy rediscovering really good songwriters like Aimee Mann who’s from LA but went to Juilliard (New York music school) and is a genius and overlooked. Frances sends me playlists, which are fantastic and full of artists that I hadn’t come across before too,” she explained.