Bielsa denies he is close to signing new contract with Leeds 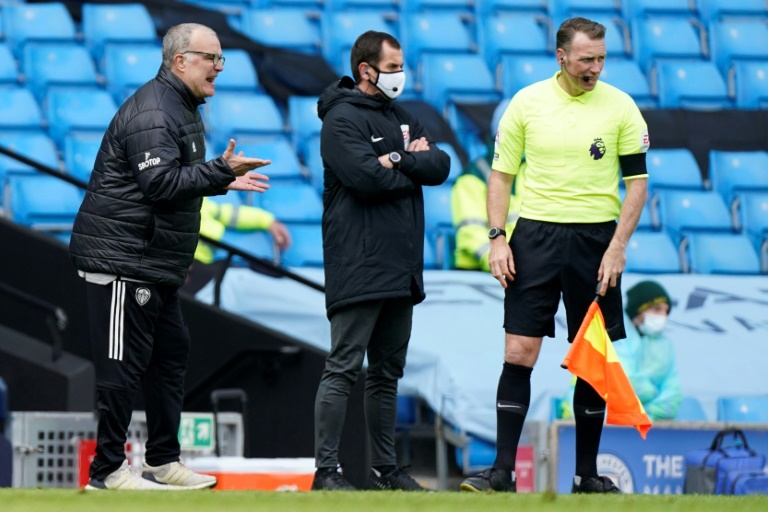 A 2-1 win over runaway leaders Manchester City last Saturday when Leeds played with 10 men for the whole of the second-half rubber-stamped the impact they have had.

Bielsa signed his present 12-month contract one week before this season began.

“That information is not real,” said Bielsa at a press conference on Thursday.

“I ignore the origin. Those things, either the club can say or I can say it, we are the ones who possess the information.

“In all cases, if there was any information to give, then I would give it.”

The victory over City lifted Leeds into the top half of the table, 10th spot nine points off Chelsea who occupy the Europa League place.

Leeds host Liverpool at Elland Road on Monday, when they will bid to record a fourth straight win in the top flight for the first time in 20 years.

Bielsa played down what he had achieved at the club since taking over in 2018 even though if they do finish in the top half it will be for the first time since 2001-02.

“I have always said the dimension of the institution at Leeds is very big,” he said.

“The sporting past of Leeds is full of high points.

“To win four games in a row in the Premier League compared to all the things Leeds has achieved of course gives us great happiness, but if you compare it to the past, it’s not so big.

“To be able to be at the height of the past, some extraordinary things need to be done and we are quite far away from that.”