Bayern miss chance to secure title after loss at Mainz 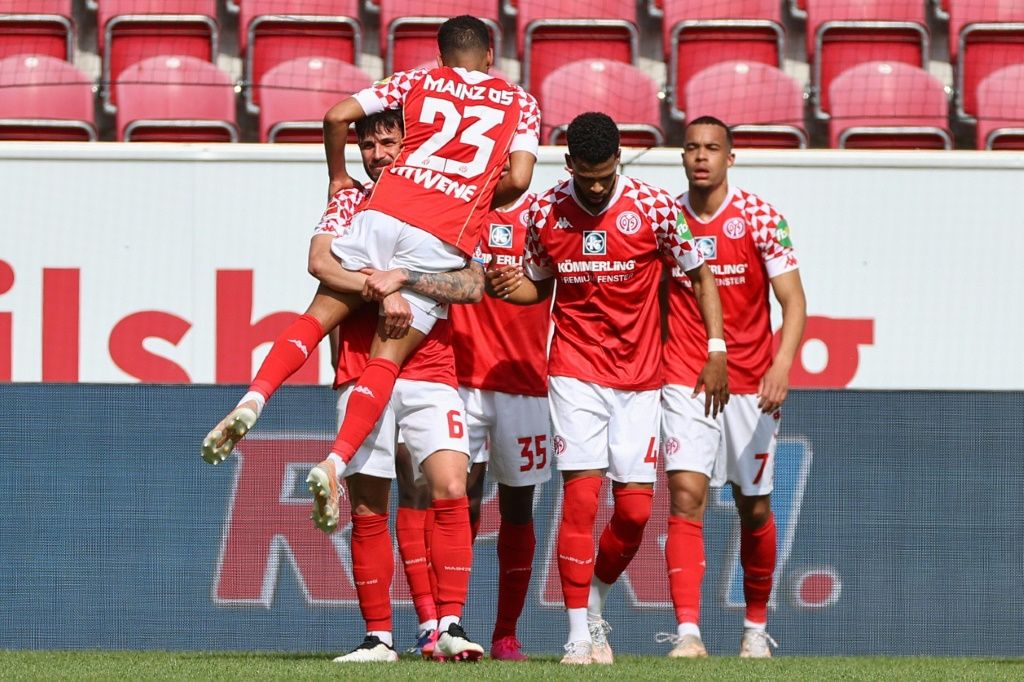 Victory at Mainz, where Bayern last lost nearly a decade ago, would have secured a ninth successive German title for Hansi Flick’s side.

First-half goals by Jonathan Burkardt and Robin Quaison sealed Mainz’s third straight win, pulling them away from the relegation fight and forcing Bayern to wait to be crowned champions.

On his return from a knee injury, Bayern striker Robert Lewandowski scored just before the final whistle to leave him four short of Gerd Mueller’s all-time record of 40 Bundesliga goals in a season.

Bayern can still win the title on Sunday without kicking a ball if second-placed RB Leipzig, who are 10 points behind Munich, lose at home to Stuttgart.