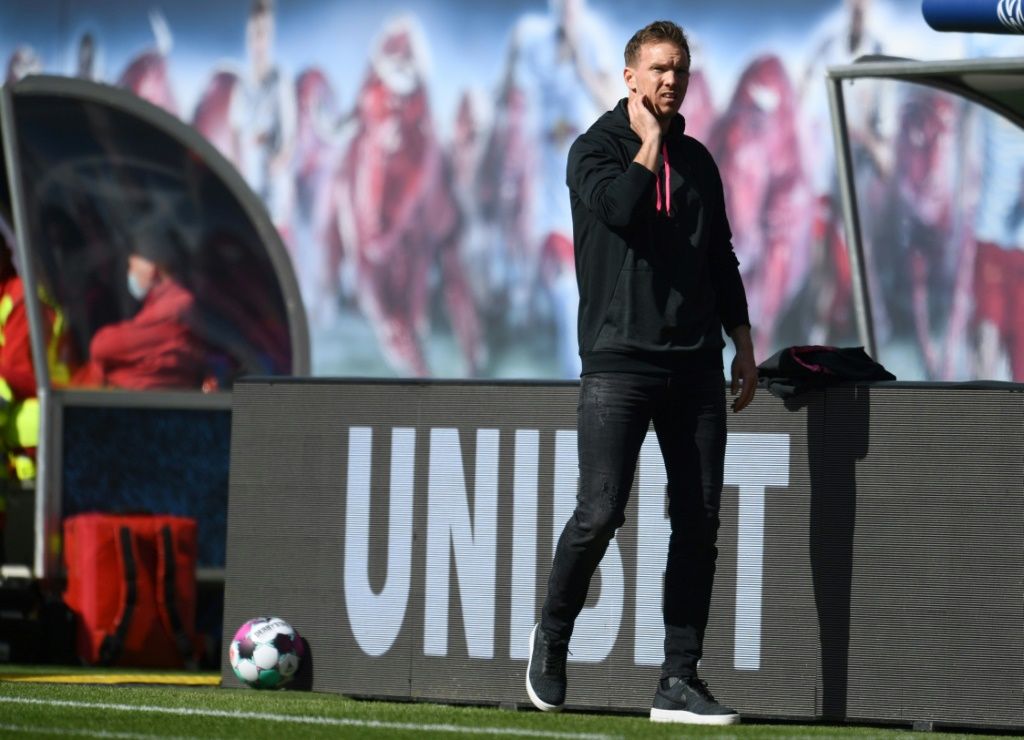 According to Bild, Leipzig will demand such a sum to release the highly-regarded Nagelsmann as his current contract still runs until 2023.

Sport 1 also reported that negotiations have started and said the financial deal will be “significantly greater than 15 million euros”.

Flick himself is under contract in Munich until 2023 but he has already asked to be released at the end of this season due to disagreements with club management over transfer policy.

However, Flick and Bayern have yet to reach an amicable settlement.

Flick is considered to be the favourite to replace Joachim Loew as German national coach after this summer’s European Championship.

“If we are to agree to Hansi’s wish then all parties must jointly find a solution which also satisfies Bayern,” Bayern Munich chairman Karl-Heinz Rummenigge told Bild on Sunday.

Nagelsmann has never hidden his desire to one day coach Bayern, especially as he comes from the Bavaria region.

Last season, he led Leipzig to the semi-finals of the Champions League and this season his side has replaced Borussia Dortmund as Bayern’s main title challengers.